Finance Minister Bill English has admitted he got his numbers wrong when he was defending his decision to veto a Labour Party bill to extend paid parental leave. 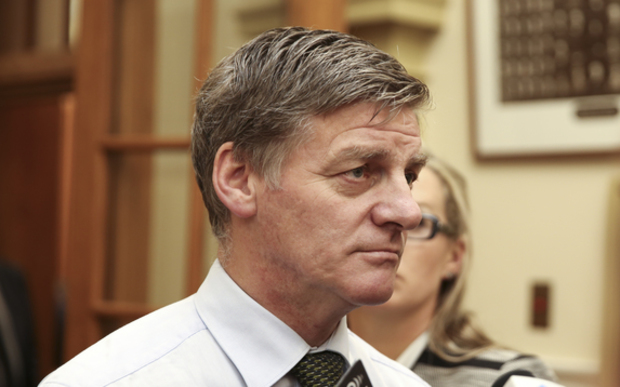 The bill, in the name of the Labour's Sue Moroney, is up for its final reading tonight.

Mr English put the nail in the coffin of the legislation when he tabled a financial veto the week before last.

At the time he told RNZ that he did so because the costs of extending the leave to 26 weeks were simply too high.

"The six months paid parental leave would add about, when it's fully in place, about $280 million a year on top of the current $250m we spend," he said

Ms Moroney challenged him about the figures in Parliament.

"Does he stand by his statement to Radio New Zealand on 17 June 2016 that extending paid parental leave to 26 weeks would add when it's fully in place about $280 million a year."

Mr English admitted he was incorrect and should have used the figures written in the veto certificate he himself had tabled.

"The government currently spends about $280m a year on paid parental leave, Labour's proposal once fully implemented would cost around $120m per year on top of that - or $100m per year net of tax. Net of tax the proposal would cost $280m over the next four years."

Ms Moroney then asked how Mr English got it so wrong.

He replied that he did so because he confused the $280m over four years, with $280m a year.

Mr English said the National government was keen to extend paid parental leave, as it could afford it, and weighed up with other alternatives.

"For instance on the first of April the poorest over 100,000 families in New Zealand got $25 a week extra per week.

"We could have used that money to extend paid parental leave."

Ms Moroney's bill will be debated this evening, but because the financial veto has been tabled there will not be a final vote on the legislation and it will fail.

She has already said she would not submit the bill into the ballot a third time.