But Mr Little was also on the receiving end, with demands for him to apologise to the man who carried out the review of foreign trusts - John Shewan. 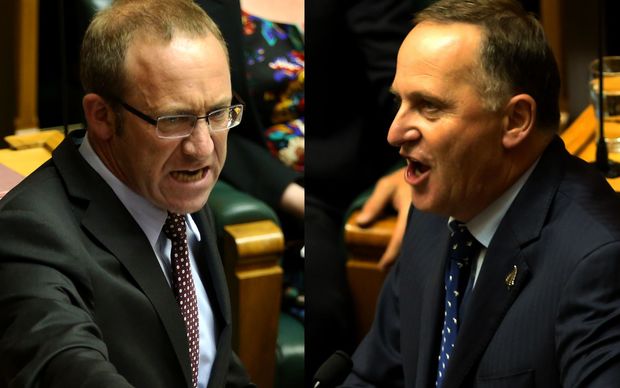 Parliament also held an urgent debate about Mr Shewan's report, which found the current rules were inadequate and not robust enough to protect New Zealand's reputation.

Mr Shewan proposed wide-ranging changes to the foreign trust regime. The Inland Revenue Department should be given much more information about the people behind the trusts, and a register should be established, he said.

In Parliament, Mr Little questioned Mr Key about his past statements that New Zealand had a regime of full disclosure.

"Which is true: his claim that we provide full information to other governments, or the Shewan report's finding that - quotes - the paucity of information currently disclosed appears to limit IRD's ability to proactively provide assistance to foreign revenue authorities?" Mr Little said.

Mr Little recently admitted his comments about Mr Shewan advising the Bahamas government on its tax haven status were wrong.

It was an admission Mr Key was keen to highlight, leaving the Labour leader momentarily stumped.

But Mr Little continued to question Mr Key about warnings three years ago from IRD about the foreign trust regime.

"Isn't it time for him to stop playing silly buggers and admit what the IRD told him in 2013, what John Shewan told him last week, and what every New Zealander knows, that his government has been harbouring foreign tax dodgers for far too long?"

However, Mr Key continued to insist that Mr Little should apologise to Mr Shewan in Parliament.

"If he wants to look at responsibility, he should get out a mirror and stop apologising to John Shewan two hours before an All Blacks test and have the guts to get up and say in this Parliament that he's sorry," Mr Key said.

No plans to speed up anti-money laundering plan

In his report, Mr Shewan also called for lawyers and accountants to be covered by anti-money laundering laws immediately, not mid-year as planned by the government.

"Look, you can always speed up legislation; the question is, will you get a good, robust regime as a result that doesn't impose any more cost on New Zealand families and businesses than we have to. My view is this is as fast as we can do it," she said.

Meanwhile, a New Zealand foreign trust provider named in the Panama Papers said the proposals to beef up disclosure rules might prompt some clients to close their trusts.

But Roger Thompson - from the accountancy firm Bentley's New Zealand, which is the agent for Mossack Fonseca - said the changes were unlikely to have much effect on his business.

Most of his clients would be comfortable disclosing more information to IRD, provided it was not publicly available, he said.