The Green party believes it has the money, members and momentum to finally change the government at the next election. 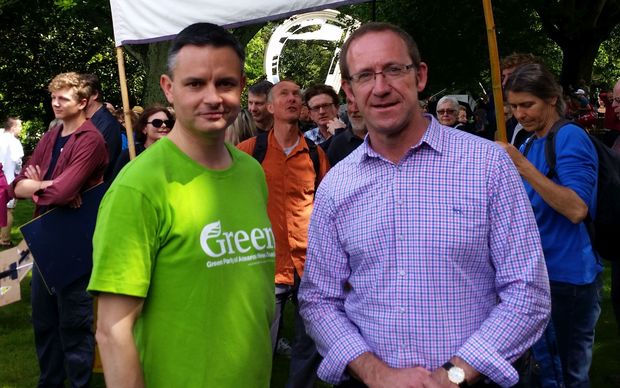 But both it, and the Labour party acknowledged they were up against a formidable opponent and had a lot to do to oust a party that had been in power for nearly eight years.

At the Green Party's AGM, chants of "change is coming" echoed through the hall, moments after Andrew Little and James Shaw spoke about a Labour-Green government.

It was the first time a Labour leader had ever spoken at a Green Party conference, the unprecedented occasion came just days after the two parties signed a Memorandum of Understanding to work closer together.

Mr Little was pleased with the response he received, but he said it didn't compare to a Labour party conference.

"It was a very warm reception that I got, there's absolutely no question about that. But I feel genuinely embraced to the bosom of Labour's heart when I speak to Labour audiences," he said.

Founding member of the Green Party Christine Dann said it would have been hard to imagine a close Labour-Green partnership working in the past.

She credited Mr Little for changing that.

"Labour didn't used to represent a more progressive side of the political spectrum, but under Andrew Little it seems to be changing.

He's got a work-together personality, which David Shearer and David Cunliffe didn't have. They were very snobby and very hostile towards the Greens," Ms Dann said. 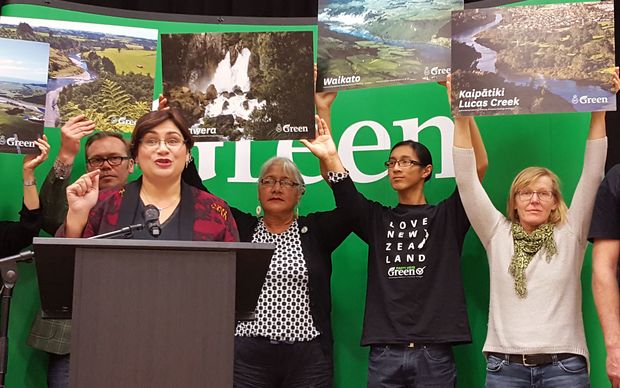 The conference on the weekend also marked a year in leadership for James Shaw.

The party's co-covenor Debs Martin was hesitant to compare him to his predecessor Russel Norman, but she said Mr Shaw had a very collaborative personality, and was a part of the success in getting Labour on board.

She said the Green Party was in great shape.

"Our membership is growing, we've got a lot of really good policies, our policy platform is in place, we've got everything geared up all ready to go for the election, and our financial situation is healthy as well," Ms Martin said.

The Labour and Green parties are set to continue their joint public outings, with Mr Shaw and Mr Little scheduled to meet business leaders across the country over the coming weeks.