The Primary Industries Minister has ruled out banning rodeos, saying they're an important part of New Zealand society. 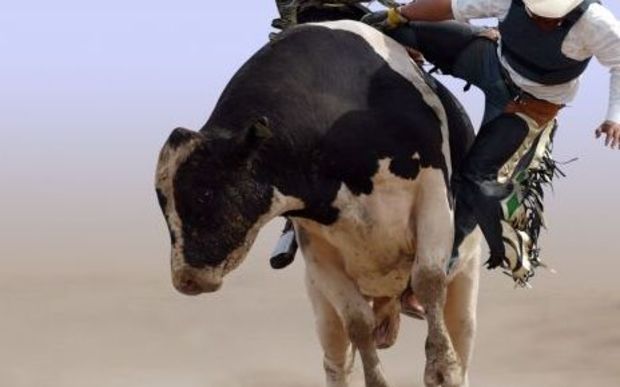 Animal rights groups today told MPs it was time to ban rodeos, arguing they were inherently and unacceptably cruel.

But Primary Industries Minister Nathan Guy has said that won't be happening.

"I believe that rodeos are an important part of New Zealand society, they've been functioning well here for 40 years.

"My concern with a ban on rodeos is where do you go next? Is it horse races, is it circuses, is it zoos?"

However, Mr Guy did say the government was toughening up some rodeo regulations.

"I think he should not be pre-empting the outcome of the select committee investigation, this petition needs to be taken seriously," Ms Mathers said.

Ms Mathers said it was unacceptable that people were allowed to hurt animals at rodeos.

"These practices are not allowed anywhere else in the way that they're used in rodeo.

"There's kind of been an exemption made for rodeo that you are allowed to do painful things to animals to force them to perform and that's not OK."

SPCA chief executive Ric Odom earlier told Parliament's primary production select committee there was absolutely no benefit to animals in rodeos - all they experienced was distress, fear and pain.

Mr Odom said like riding elephants at the zoo, and having tea parties for monkeys - society's moved on, and rodeos should no longer be acceptable.

"Rodeos are touted by some as a good family day out, and we would say there's some real challenges to that," Mr Odom said.

"In that what it actually does is it exposes people, including young people and children, to potential acts of cruelty, injury, hurt and harm to animals and desensitises them potentially to that."

Mr Odom said 62,000 people have signed a petition the groups have organised calling for rodeos to be banned.

Labour Party MP Damien O'Connor told the committee that in his experience, it wasn't the animal's welfare that suffered.

"My experience with rodeos is that the calf ran off very happy and I ended up in hospital - so I was the one that suffered the harm, which is often the case."