An emergency grant to house homeless people in motels may be brought in earlier than September, Prime Minister John Key says. 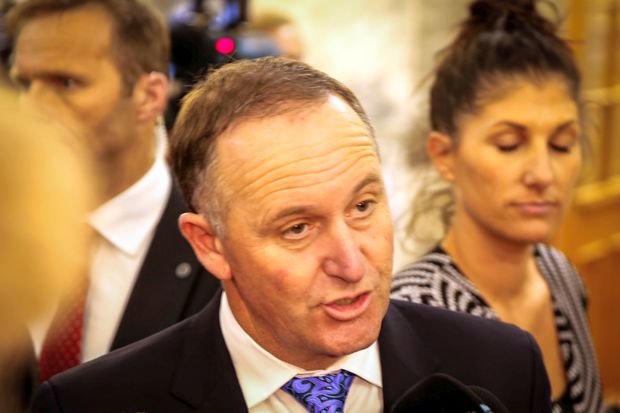 The government previously announced the grant, for one week's accommodation, as part of a $41 million housing package.

But Mr Key told RNZ that officials were seeing whether it could be introduced earlier.

"We are looking at bringing that in as quickly as we can," he told Morning Report.

"The first date is September 1, but may potentially be a little earlier than that if we can achieve that.

"I never want to see people getting themselves into debt - it's one of the reasons why we took this step long before it was became this public issue.

"People that previously needed emergency support from Work and Income had to repay that in the form of a loan for housing - we've turned that into a grant."

According to community housing groups more and more people are running up debts of tens of thousands of dollars to Work and Income from living in such emergency accommodation, but Mr Key ruled out a blanket write-off of debt.

"If they owe it to Work and Income - I don't know the exact threshold myself but clearly depending on their level of income there's a limit to how much they can pay back over what time period.

"The alternative to this is to say 'okay we won't lend you any more emergency loans' and the likes - but the question that would be being posed would be will these people have absolutely no support whatsoever."

Mr Key said a blanket write-off of the debt would not be good public policy.

"The reality is that debts are written off and are restructured over time, or there's just no capacity to collect those from time to time - that is what happens sometimes.

"But most New Zealanders would say, give people support when they need it."

He said the government lending someone money was a better option for people who may have few options other than borrowing at unfair interest rates.

Auckland Action Against Poverty said the government should review its decision not to waive the debts of those in long-term emergency housing.

Co-ordinator Alastair Russell told Nine to Noon there was a option to give non-recoverable grants to people in emergency situations but Work and Income was choosing not to exercise it.

"It's a review of the decision process based on a provision in the grants programme which states that if a person has special circumstances and would suffer serious hardship then a non-recoverable grant can be paid."

Mr Russell said most people need emergency housing due to circumstances beyond their control.