Home ownership rates are collapsing in Auckland and the government should do more in Thursday's Budget to dampen down the city's house prices, the Labour Party says. 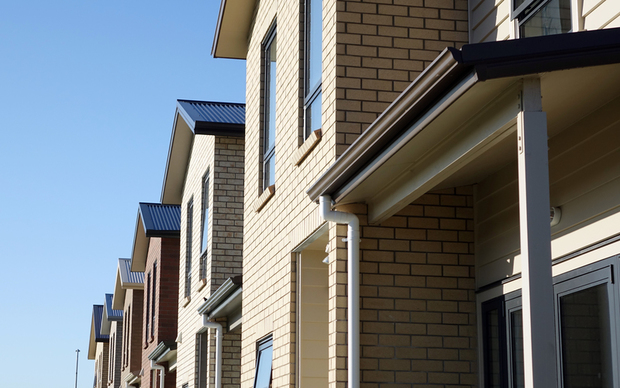 Labour has cited data that compares the home ownership rate recorded in the 2006 and 2013 censuses, showing it had fallen in more than 80 percent of the suburbs around Auckland.

It said the biggest drops were in the south and west of the city, such as in Otara, where home ownership fell from 46 percent to 38 percent. The New Zealand average is 65 percent.

Labour's housing spokesperson Phil Twyford said investors were homing in on those areas of Auckland, snapping up as much as 75 percent of houses in the market.

"Suburbs that traditionally have been places where people would go to get their start in life, where housing was more affordable, what we can see now are some very disturbing numbers."

"In the poorest suburbs in south Auckland, they've got the highest rate of investor activity." 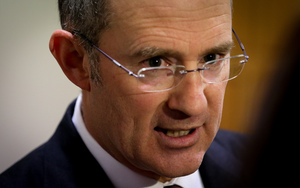 Phil Twyford says investors are honing in on areas in the south and west of Auckland Photo: RNZ / Alexander Robertson

Mr Twyford said the government needed to put a lid on property speculators in the Budget.

"They should start immediately by banning non-resident foreign buys from speculating in New Zealand property, unless they build a new dwelling. That's the Australian Government policy and we think it makes a lot of sense."

He said the government should also clamp down on the full range of tax and policy advantages that investors in residential rental properties have.

"What you're seeing in Auckland in some of the suburbs is an absolute disaster."

He said people were going from home ownership to tenancies and it was something that was seriously regrettable.

Prime Minister John Key is promising more measures to support housing, but in terms of property prices, he said, what goes up often comes down.

"Houses are never a one-way bet, and people might think they are but there are plenty of examples around the world where houses prices go up and house prices come down."

Mr Key said supply was the best way to deal with falling rates of home ownership.

"If you look at what's been happening, there's now very substantial increase in the amount of housing being built in Auckland," he told Morning Report.

"The response from the government's been very wide ranging. Everything from special housing areas, now the RMA reform, the duties that have been coming off products the increase in training, the bright line test - there's just a whole range of things we've been doing.

"So there are things in the Budget, more things to add to the toolbox. But nowhere in the world can see a place where there's one single thing you can do that will fix the problem."

Mr Key said house prices had risen due to many factors, including low interest rates and migration, but the suite of measures the government had brought in to boost supply was comprehensive and was working.

"We've gone from 3500 homes being built in Auckland to 9500, on its way to 13,000, as part of the special housing areas and the accord we've got with Auckland. 24,000 houses and sections have been consented in the last two years.

The previous Labour government did not do a lot on the issue, he said.

But Mr Twyford doubted the government would do anything real to stem houses prices.

He said most of the National's supporters were benefiting from the rise.

Mr Twyford said at best house prices should be slowed to make them stable.