Next week's Budget will include funding for new charter schools, says the Under-Secretary to the Minister of Education, David Seymour. 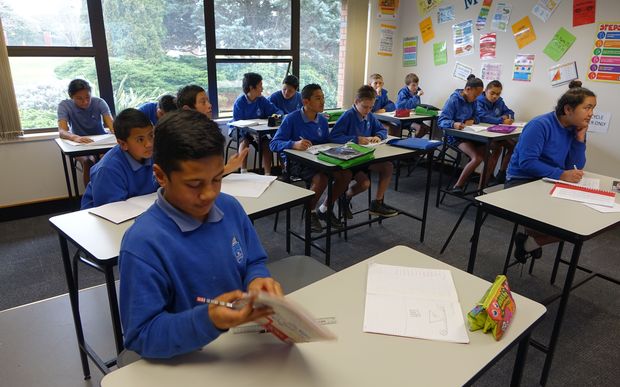 Mr Seymour said there would be enough money to set up about seven of the schools in 2018 and 2019, including about $500,000 to cover set-up costs for each school, but the rest of the funding would depend on the type and size of school in question.

He said the new funding was because of strong interest from organisations wanting to set up the schools and because the existing eight schools were doing well.

"There's a lot of positive momentum behind the schools. The initial reports from the evaluation by Martin Jenkins has been overwhelmingly positive, as have the Education Review Office reports, as have the majority of the academic results to date," he said.

The Educational Institute was critical of the announcement, saying parents want more funding for local schools, not for more charter schools.

The Principals' Federation said the government should have learned from the failed charter school in Whangaruru in Northland.

And Post Primary Teachers Association said the decision makes no sense because the only evaluation of the schools so far was poorly conducted and lukewarm about their effectiveness.

Mr Seymour said the government would also spend another $500,000 to create a new body that would advise and support the schools.

However, he said that body would seek most of its funding from private sources.

"We have been constantly reassured there would be just a handful of schools which would be robustly evaluated. Both of those claims have been proved false," she said.

"This is not a pilot, it is just a sop to the ACT party's ideological commitment to favouring the private over the public sector."

Green Party education spokesperson Catherine Delahunty said charter schools had been plagued by problems and the government's decision was a mistake.

"The state school system ends up having to pick up the pieces when these experiments go wrong, and it is children's education that suffers," she said.

An independent evaluation of three of the first five schools was published last year.

It said their governance, management and use of funding was innovative. They were governed by people selected for their expertise, rather than because they were parents, and management was split between a chief executive and a principal in charge of education.