The Labour Party says it has identified the Mossack Fonseca client who got approval to buy sensitive land in New Zealand. 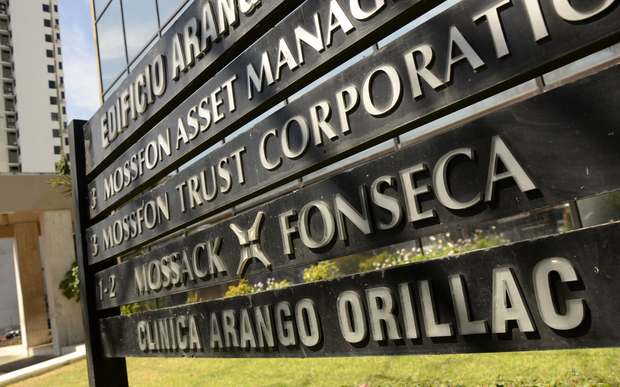 Labour MP David Cunliffe said it was another Panamanian company whose directors were linked with 500 firms in Panama.

Mossack Fonseca has been under global scrutiny since the massive leak of documents known as the Panama Papers which show how the world's wealthy use offshore companies to evade tax and avoid sanctions.

After the leak the New Zealand government told the Overseas Investment Office (OIO) to review its decision to approve a land purchase by a person connected to the law firm.

Mr Cunliffe said that decision was about the sale of Onetai Station in North Taranaki in 2014 to Ceol & Muir, a Mossack Fonseca client.

"Labour has found, using written Parliamentary questions, the date of the transaction and we were then able to search back through the OIO's papers to find which one it was.

"And there's only one it can be.

"[Ceol & Muir] has three directors which have together been associated with about 1400 other company purchases - most of those registered in Panama."

Mr Cunliffe told Morning Report the two people who effectively own the station now were not currently directors of Ceol & Muir.

He said he was not claiming Ceol & Muir had done anything wrong - his concern was that the OIO must be relied upon to conduct a robust investigation of every application to buy sensitive land.

"We do not know and it must be now told to the public exactly what good character test was applied to whom when the application was made.

"As the minister herself has said that good character test is actually an ongoing test so we need also to know whether the OIO has recently satisfied itself that all the conditions have been met."

Mr Cunliffe said the OIO was internationally known as a "wet bus ticket" having approved more than 99.75 percent of all applications since 2011.

"[The public] need confidence that the system is not so loose and sloppy as to favour wealthy foreign individuals over the interests of all New Zealanders."

The Prime Minister said the Overseas Investment Office could operate more effectively but overall, it does a thorough job.

John Key said it was about the person buying the land, not the law firm it contracted.

"The OIO have a specific responsibility to look at the individual buyer and ask the question 'did they meet the good character test'. My understanding is they looked at that," he said.

"But if the person doesn't continue to meet the good character test then the law specifically says the OIO can force them to sell that land."

Mr Key said the fact that Mossack Fonseca was the law firm representing the entity did not mean these people have somehow "slipped through" or that something was wrong.

"I don't know the particular application because I don't deal with those, they're quite independent of my office, clearly.

"My point is that in the end the rightful question is - do the owners meet the conditions they said they would meet? Were they of good character? And should they have been approved?

"But there's no evidence to support at the moment that none of those conditions were met. The fact that they met a law firm that might be involved in some controversy, of itself doesn't mean the beneficial owners don't meet all of the character tests of the New Zealand law."

Mr Key said they also have to meet an ongoing good character test.

"So the OIO should have looked at that factor, if that has changed when they assess that and they're no longer of good character actually the OIO have the capacity to reassess that and force the owners to sell.

Mr Key said from everything ministers saw, the OIO were very thorough at what they were doing.

"We're in the process of beefing them up a bit more to make sure they've got enough resources, it's not really news that I think they could do their job a bit more effectively sometimes a bit faster actually in some areas and in others taking into account a very long track record of a particular investor."

He said one area the government wanted to see improved was when a commitment was given by a buyer, that the OIO then went back to check if that commitment was honoured.

Mossack Fonseca has yet to respond to an RNZ request for more information about Ceol & Muir.

RNZ spoke to a New Zealander involved in running Onetai Farm, Mike Barton, who said his role was to oversee the environmental aspects of the farm's operation - which was one of the requirements of Overseas Investment Office application.

Following the news of the leak early this month, the OIO started to review its approvals and applications to see if any involved Mossack Fonseca and found the 2014 decision.

Minister for Land Information Louise Upston asked the office to review the application to ensure it was appropriately assessed and that any concerns were properly investigated. She said, if any were found, she expected the OIO to take appropriate action.

The OIO was continuing to go through its records to see if any other approvals were connected with Mossack Fonseca.