A drug policy document, being debated by at a United Nations conference in New York, does not go far enough, associate health minister Peter Dunne says. 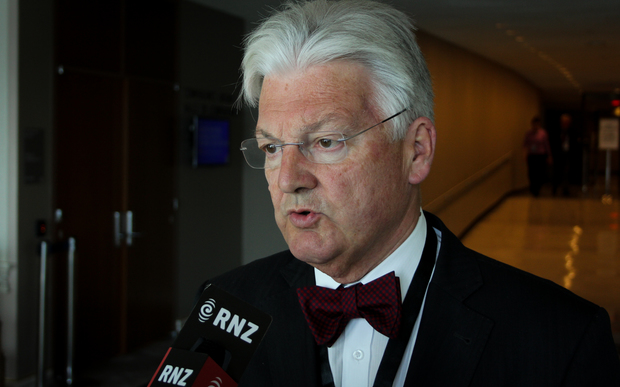 Mr Dunne is leading the New Zealand delegation to the three day conference - The United Nations General Assembly Special Session on the World Drug Problem - in which health ministers and heads of state from around world are discussing global drug policies.

The main themes include the death penalty, new psychoactive substances, the impact of technology on how drugs are sold and distributed around the world, and the shift in international drug policy from a legal model to health-centered one.

Mr Dunne told the General Assembly governments around the world were not responding fast enough to drug problems.

"Compared to global narcotic industries, we are moving at a glacial place, hamstrung by an outdated, overly punitive approach."

During his speech, Mr Dunne stressed the importance of not just talking, but finding ways to measure the problems associated with drugs and their impact on users, communities and countries.

The document under discussion was a small step forward, he said.

"At this stage, the sense I'm picking up from delegates is 'hmm, yeah it's in the right direction, but it could have been much bolder.'"

Mr Dunne said New Zealand regretted the lack of consensus on the issue of the death penalty for drug-related offences. "The death penalty has no place in civilised society, and blocking the inclusion of references to it not only does not change this, it does a disservice to those who seek to reduce harm from drugs," he said.

Leaders will debate the declaration over the next three days, despite it being ratified this morning.

On the eve of the meeting, more than 1000 world leaders and activists signed a letter organised by the Drug Policy Alliance urging the UN to set the stage for reform.

The main topics up for debate are the death penalty, new psychoactive substances, the impact of technology on how drugs are sold and distributed around the world and the shift in international drug policy from a legal model to a health-centered one.

Before his speech to the UN Mr Dunne described the conference and entire process as "a bit back-to-front".

"These things are really quite strange. What happens is over the last three years, we've been building to this point," he told RNZ News. "The declaration was actually agreed at a meeting in Vienna last month and one of the first items of business this morning was to ratify the document. Having ratified it and agreed on it, we now debate it."