OPINION: The star-crossed referenda over New Zealand's flag and the UK leaving the European Union could not be more different, and one could make the other redundant... 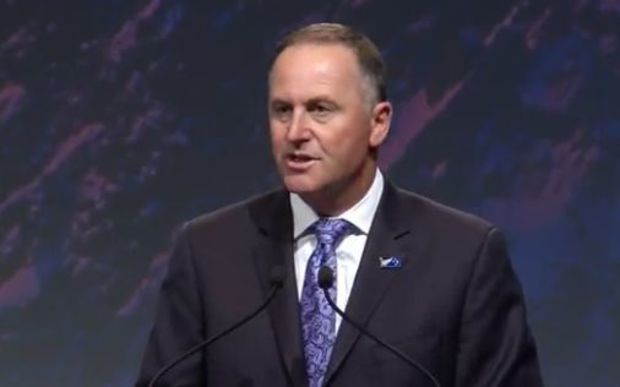 John Key sports a Silver Fern flag pin before the people of New Zealand rejected the design in a vote. Photo: SUPPLIED

Two referenda, both alike in dignity, to paraphrase Shakespeare. Both allegedly to define a nation's identity. But both wholly unlike in aim, conduct and effect.

The New Zealand flag referendum, a personal project for right-of-centre Prime Minister John Key, was to leave some legacy (or even trace) of his years in office.

So the plan was to get rid of the Union Jack in the corner of New Zealand's flag and replace it with a fern emblem (his favoured motif) to emphasise the end of a colonial history, while keeping the British Royal family as Head of State: politics is full of paradoxes.

The British referendum to leave or stay in the European Union - the second in 40 years - could not be more different.

It was a promise made by the right-of-centre Prime Minister David Cameron to keep his deeply divided (on Europe) Conservative party in one piece and win the 2015 general election. 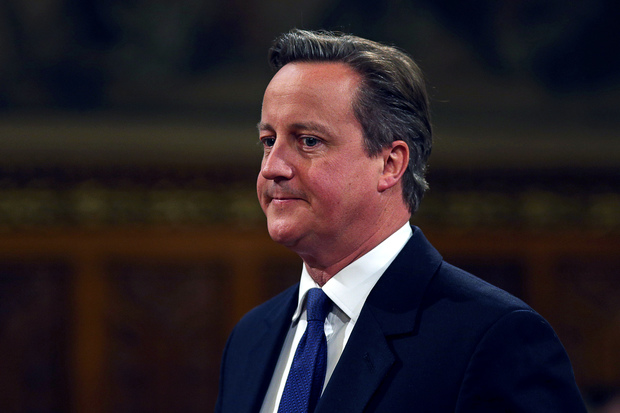 A vote against leaving the EU could mean Mr Cameron's resignation, and possibly a split with Scotland. Photo: AFP

But now, having made the promise and won the election, the referendum campaign has become a nightmare.

It is a matter of political survival for him, his government, his party and in the longer term, possibly the survival constitutionally and economically of the United Kingdom itself.

In fact, were the referendum to vote yes to leave the EU, one of the first casualties apart from the prime minister might be the Union Jack.

Scottish First minister Nicola Sturgeon has emphasised that Scotland would wish to remain in the EU and would not be bound by a British vote to leave. Mr Key might get his wish for no Union flag. 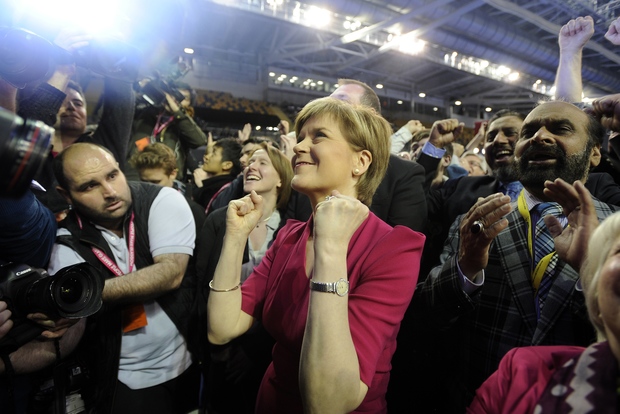 Scottish National Party leader Nicola Sturgeon. The party took 56 out of 59 seats in Scotland in the last election. Photo: AFP

Whereas defining the identity of New Zealand might have been helped by a change of flag, there is no big deal about not doing that. The flag referendum was good-natured and at times almost comical. It was a kind of touch rugby approach - a contrast to the full-blooded real rugby in the British referendum.

The strongest voices for leaving the EU are to be found in England. The identity of Great Britain could be reduced to Little England over time.

Both those who wish to leave the EU and those opposing - led by Mr Cameron (with the less than half-hearted support of Jeremy Corbyn, Leader of the British Labour Party) - have amassed ranks of supporters to describe the benefits of leaving and, equally, the continuing advantages of staying.

The latter camp includes the presidents of China and the United States, quite apart from most EU Presidents, the German Chancellor, and Commonwealth leaders including Mr Key.

Mutual abuse of each side is as common as any facts. Leaving would be, as Disraeli once said, "a leap in the dark". If the referendum did vote to leave, there would be years of negotiations to secure some sort of deal in trade and law and security.

Foreign investors would most probably get cold feet. For who could say what the outcome would be? Jobs would be at risk.

To what extent those who voted to leave would want to salvage something and be semi-detached in Europe is another question. Before Britain was admitted to Europe 43 years ago it had tried setting up its own free trade arrangements. They failed.

The only country to leave the then European Community was Greenland in 1985. Negotiations with the country, which had not much else but fish to discuss and a population the size of Christchurch, lasted 3 years.

How would any of this affect New Zealanders? One of the most important wealth and job creators is based in London as Europe's leading financial centre.

It is very uncertain how long that would continue. A great many Kiwis find themselves working in the city for not only their OE but as a career.

Similarly, the value of a British passport to a New Zealander would be unlikely to be as great as now. Scottish passports might be preferable where a choice could be made - or an Irish or a Dutch passport that would ensure easy admission to the EU in the longer term.

The only direct and immediate result of a vote to leave would be a fall in the value of the pound. As the referendum has proceeded, the pound has gone into a decline. In the long term, it could have some impact on tourism in New Zealand.

And were Britain to be diminished economically the prospects of even the level of trade that Britain currently enjoys with New Zealand would be reduced.

Decision day for the United Kingdom is 23 June.

*David Townsend is an ex-UK Parliamentary Labour candidate, a former Labour ministerial speech writer & special adviser and contributor to The Guardian, The Independent and The Times, London.