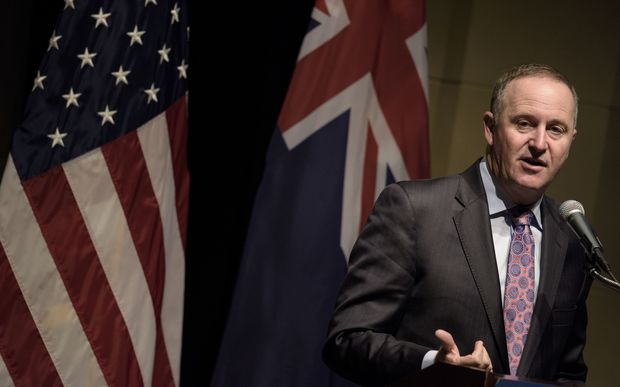 New Zealand Prime Minister John Key spoke at the Chamber of Commerce in Washington, DC. He was in town for a nuclear security summit. Photo: AFP

Mr Key is on his way home after attending the fourth and final Nuclear Security Summit meeting in Washington DC.

Earlier today he announced New Zealand would ratify conventions on the physical protection of nuclear material and the on the suppression of acts of nuclear terrorism.

Mr Key said New Zealand would continue to work with other countries to keep nuclear and radioactive materials secure and out of the hands of terrorists.

Speaking at the summit US president Barack Obama urged leaders to do more to safeguard vulnerable nuclear facilities.

He said the world needed to prevent what he dubbed "madmen" - groups like Islamic State - from getting their hands on an atomic weapon or a radioactive "dirty bomb".

The world faced a persistent and evolving threat of nuclear terrorism despite progress in reducing such risks, he warned. 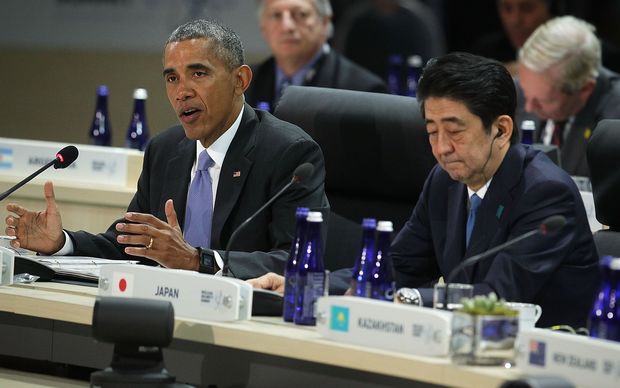 No group had succeeded in obtaining bomb materials but al Qaeda had long sought them, he said.

If such groups ever got their hands on a nuclear bomb or nuclear material, they would use it to kill as many innocent people as possible.

The Indian subcontinent and the Korean peninsula were areas where more could be done to combat proliferation, Mr Obama said.

More than 50 nations were represented at the summit, and world leaders expressed concern that Russia did not attend.

Mr Obama said he was also concerned that Russia has been building up its military at the expense of nuclear arms reductions.

Russian President Vladimir Putin refused to attend the summit, and Prime Minister Nawaz Sharif of Pakistan cancelled his trip after the deadly bombing in Lahore. Both countries are nuclear-armed.

Mr Obama cited progress in making large parts of the world free of nuclear materials. South America had already achieved this, and Central Europe and South East Asia were expected to do so later this year.

"Together, we have removed the world's most deadly materials from nuclear facilities around the world," he said. 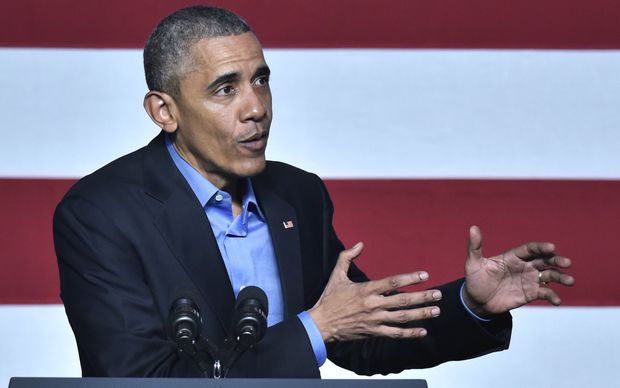 Mr Obama hailed his own nuclear agreement with Iran, which had been criticised by Republicans and other groups for the sanctions relief it provided. He called it a "substantial success".

"This is a success of diplomacy that hopefully we will be able to copy in the future," he said.

So far Iran had followed the letter of the agreement, and Mr Obama urged patience as the country becomes re-integrated into the global economy.

"So long as Iran is carrying out its end of the bargain, we think it's important for the world community to carry out our end," he said.