The panic over so-called jihadi brides could have been avoided had the government just picked up the phone and talked to the Muslim community, the Human Rights Commissioner says. 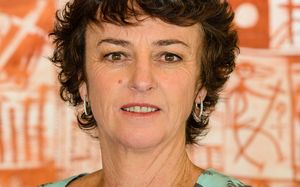 It is now clear none left from New Zealand; all were living in Australia at the time.

Human Rights Commissioner Dame Susan Devoy said New Zealand Muslims felt blindsided by the story, and the government should have been talking to them before going public.

"Sometimes it's a case of where are you getting your information from, and then who's advising the minister," she said.

"When that story broke it was news to everyone in the Muslim community, so rightfully they're upset.

"It doesn't take much to make a couple of calls to sort these things out, before they then escalate into the public arena and then everyone starts to panic."

Dame Susan said New Zealand's Muslim community needed to have a voice at the table when it came to security concerns.