Environmental groups have panned the government's justification for breaking its promise to create marine sanctuaries in the Exclusive Economic Zone (EEZ). 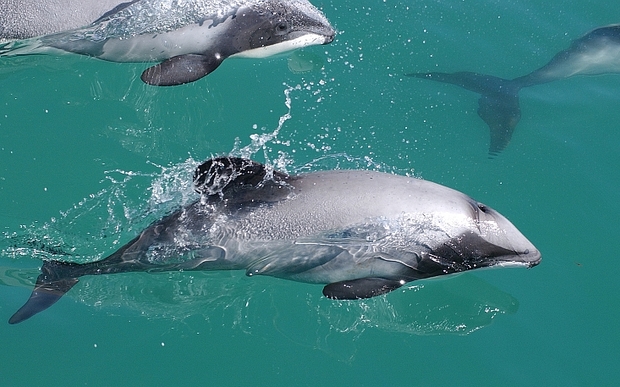 The Marine Reserves Act is up for review and proposes to allow protection in territorial waters within a 12 nautical mile limit but not the EEZ, which extends to 200 nautical miles offshore.

In the 2014 election campaign, the National Party's conservation policy specifically said the proposed Marine Protected Areas Act, which would replace the existing legislation, would include the EEZ.

But the government's discussion document put out in January does not include the area.

Forest and Bird group manager of campaigns and advocacy Kevin Hackwell said a paper obtained under the Official Information Act showed it appeared it was all go until a Cabinet economic growth and infrastructure committee meeting held last year.

It was at that meeting they decided to remove any reference to the EEZ and to replace it with the term territorial seas.

"It seems that what we've got here is a push by the pro-development people in cabinet to just not allow us to protect any of the economic zone."

The government's discussion document did not give a reason for the EEZ exclusion but said as knowledge of the EEZ built up then the law could be extended to the area.

But Environmental Defence Society policy director Raewyn Peart said that did not stack up.

"We need to be ahead of the game and we have the chance to do that in the EEZ, we need to plan it carefully, we need to set aside areas to protect the incredible, rich biodiversity out there and then we need to allow development, otherwise we're always in a catch-up mode where we've developed the area before we've actually worked out what's there to protect."

Bernie Napp, the policy manager for minerals and mining industry representative Straterra, said it had always said marine protection was an important part of managing the wider marine environment.

He said there was other legislation, such as the EEZ Act, which put companies seeking to carry out prospecting or exploration through a stringent process, and the government's proposal had merits and risks.

"What would happen with EEZ? How would you actually review a marine protected area once you've established it? Those are two areas that we're mulling over."

The document said increasing the value of oil, gas and mineral mining industries was one important element of the government's business growth agenda.

To provide certainty it proposed no protection could be established in areas where there was petroleum or mineral activity unless the permit holder agreed.

Mr Napp said investors in existing interests had put money into projects in good faith and needed certainty around the legal framework.

But Mr Hackwell said including the EEZ in the legislation would actually provide for more certainty.

Meanwhile, Environment Minister Nick Smith has ruled out forcing recreational fishers to record their catches as part of new marine protected areas in the Marlborough Sounds and Hauraki Gulf.

The idea of compulsory recording had been raised by commercial fishing giant Sanford as part of submissions on the marine park plan.

But Dr Smith said making people record what they caught was not the answer to managing the fish in these areas.

Submissions on the proposal close on Friday.