The Ministry of Health's Director-General, Chai Chuah, is taking full responsibility for a budget blow-out in the cost of refitting its Wellington headquarters but won't resign. 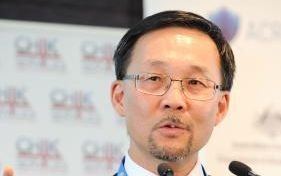 Mr Chuah told Morning Report the ministry had mistakenly thought it had to make up the shortfall with capital.

They did not realise they were able to pay for the fit-out through leasing "which was actually standard practice for all government departments".

But Mr Chuah said the decision over whether he should resign was for someone else to make.

"I am focused on fixing the problem, not on my resignation."

The ministry needed the refit to bring all its Wellington offices under one roof, which would reduce its footprint by 3000 square metres, Mr Chuah said.

Health Minister Jonathan Coleman said he had total confidence in Mr Chuah, and had not asked for his resignation.

"This was a forecasting error they made. It was not good but they've taken steps to correct it.

"I think he's learned some lessons from this, but he is doing a good job helping us deliver more services for more New Zealanders. He's the right man [for the job]."

The $18m was now being secured through the ministry's head office lease agreement, Dr Coleman said.

Financial consulting firm PricewaterhouseCoopers had reviewed the ministry's mistake and staff at the Treasury were now keeping an eye on its finances.