Despite Auckland's mayor saying road tolls could contribute to the city's half of the $2.5 billion City Rail Link project, the government remains cool on the idea.

The government confirmed yesterday it would pay about half the cost of the project, allowing work on part of the project involving a tunnelling machine to begin earlier in 2018.

Mayor Len Brown believes he has the backing of most Aucklanders to introduce higher road taxes and impose tolls to pay for the city's half of the bill.

Prime Minister John Key credited a rise in rail patronage, and the commercial property developments that are planned along the downtown route, for a change of government heart on a project which it initially said did not stack up.

"We're philosophically very negative about adding extra charges it would have to be fully justified, a look at all the other options including selling property before you'd even go there." 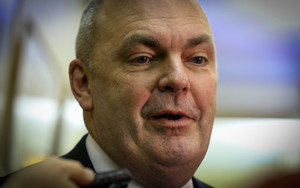 Mr Joyce said the council had "significant" property holdings around the various stations.

"I wouldn't be jumping across and warning people they might end up paying tolls, because I still think that's very unlikely."

He said a mix of other funding options such as debt an asset sales could be considered.

Mr Joyce denied the government had dragged its feet on the project, saying other projects such as electrification of the suburban rail network were priorities. 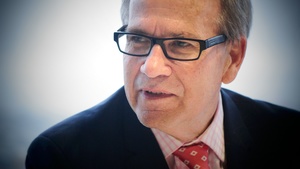 Mr Joyce said far from delaying the project, it was the government which had brought it forward.

But Mr Brown told Morning Report road tolls were part of a range of transport funding options, and in the long term could not be overlooked.

"We know that we don't have enough money through rates and borrowings, even if we sold things like the airport shares or the port shares, it's still not enough.

"It is a critical issue with the growth of the city with the transport investment needs that we have and the City Rail Link in the end, with the $65 billion we've got to spend over the next 30 years, is only a small part of it."

Mr Brown said he could not see any other way of raising extra revenue than with a motorway toll.