The Green Party wants a new unit set up in the Treasury that would independently cost the policies of political parties. 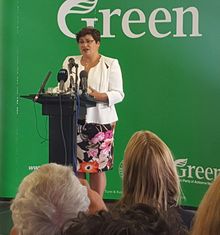 Co-leader Metiria Turei made the announcement in her State of the Nation speech in Wellington.

Ms Turei said New Zealanders deserved more transparency from their politicians so they could better engage with the political system.

She said a Policy Costings Unit would be available to all political parties and would help deliver unbiased information to voters.

The Greens estimate the unit would cost $1 million - $2 million a year, increasing to up to $3 million during an election year.

Ms Turei said the Green Party's ideas were often attacked as too radical or outlandish but they were considered sensible when other parties then adopted them.

She said the party had proven itself and had the best chance it had ever had to get into government.

Ms Turei's speech was the first of four to be delivered this week by political party leaders.