The political year gets under way in earnest today, as the government holds its first Cabinet meeting and party leaders prepare for state of the nation speeches. 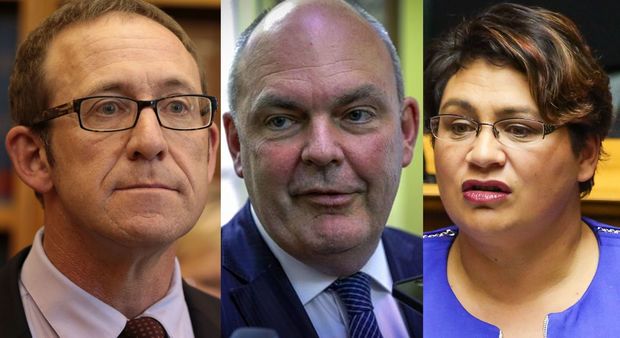 The Prime Minister's office offered no hints about what was on the agenda for today's meeting.

"Traditionally, the Prime Minister will have a discussion with ministers about the year ahead and things to focus on. That's something that he does every year and [it] sort of lays out the direction probably for the first few months of the year."

The government's priority for 2016 would be on the economy, security and the provision of public services, he said.

Mr Joyce said he did not think the National-led government's longevity would put voters off next year.

"Their view will be 'what's going to work best for me? Which team is able to deliver the best results for me and look after the security and future of my family?'

"Frankly, I don't think they will care too much whether that is a government that has been in office three years, six years or nine years."

But Green Party co-leader Metiria Turei disagreed. "They are a tired third-term government. They have no new ideas," she said.

"Our focus in on presenting new ideas and solutions to the New Zealand public that deal with the problems of the 21st century - child poverty, climate change and combating inequality."

The Green Party would give its state of the nation address, which would address some misconceptions people had about the Greens, this afternoon in Wellington, Mrs Turei said.

The party would also make an announcement about a modest policy, which was designed to provide voters with accurate information about what parties promised during elections, she said.

Meanwhile, Labour is holding a two-day caucus retreat in Martinborough. The party's leader, Andrew Little, will give his state of the nation speech on Sunday in Auckland.

Mr Little was staying quiet on what that would contain but promised a big policy announcement.

"It is now time for us to start getting our ideas out... I want to be sure that by the end of this year, and the beginning of next year, that people have a clear picture about what we stand for - the sort of policies that we are putting forward for 2017."

New Zealand First leader Winston Peters will give his party's state of the nation speech in Auckland tonight.