Privacy is no barrier to Corrections notifying Child Youth and Family when a convicted child abuser is released from prison, according to the Privacy Commissioner.

Corrections Minister Judith Collins wants her department to automatically share the information, something that wasn't done in the case of Romeo Misipati. 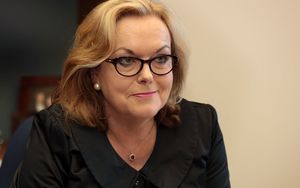 The father of four returned to his family home after serving a two year prison sentence for punching his infant son in the head and breaking his leg and ribs.

He faced being sent back to Samoa but the Immigration and Protection Tribunal suspended his deportation, which means he will not be deported as long as he does not commit an offence that carries a jail term in the next five years.

Ms Collins told RNZ she was surprised Child, Youth and Family had not been alerted to his release, and had requested Corrections change its protocol.

Privacy Commissioner John Edwards said privacy concerns would not stand in the way of that happening, as a 2013 law change established immunity for anyone sharing information about at-risk children.

"Not just for Corrections but for anyone else in the community. If you believe that a child is at risk, no matter what your relationship with the individual concerned, if you notify Child Youth and Family you won't be in breach of the Privacy Act and you will be protected from any consequences of that disclosure."

It might be that Corrections hadn't changed its protocols since the change, Mr Edwards said.

"Prior to 2013, the Privacy Act said if you hold personal information you shouldn't disclose it unless one of a number of exceptions applies, and one of those is where a serious or imminent threat [is posed] to life or health or safety of a person."

He said that caused a problem for Corrections staff, who had difficulty proving a threat was imminent.

But that was reviewed by the Law Commission and the word "imminent" removed.

"So now if there's somebody who is being released from a Corrections facility, and Corrections staff believe there is a serious risk that they might offend against a child again, then they are able to make the appropriate disclosure to prevent that happening again."