The government has been told it needs to push harder to help New Zealanders detained in Australia.

A fence at a detention centre on Christmas Island. Photo: AFP

The call comes as the family of one New Zealander, now being held at the Christmas Island detention camp, say the authorities are refusing to allow their son to return to New Zealand despite assurances from both governments that the detainees are free to return.

Ana Head, mother of Christmas Island detainee Pita Mclachlan, said her son had asked Australian authorities about 15 times for the voluntary removal paperwork to sign but they had refused to give it to him. 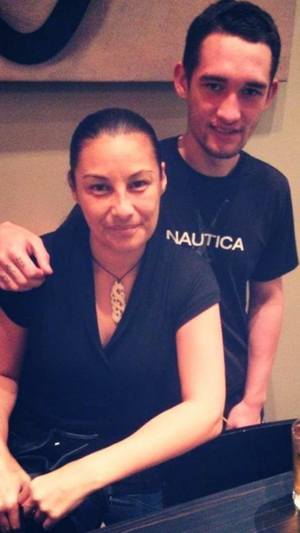 Green Party co-leader James Shaw said if the report was correct it contradicted what the Prime Minister John Key had told the public.

"The Prime Minister has said that he has received assurances from Australia that if New Zealanders do want to come home to New Zealand and manage their appeals from here then they are free to do so."

Mr Shaw said he was not surprised at reports that Mr Mclachlan had arrived bruised at Christmas Island - having been handcuffed for up to 20 hours.

"Australia has been cited over a thousand times for various human rights' abuses many of which are in relation to Christmas Island and the detainees.

"These kinds of detention camps that they've got, these people in tend towards abuse and that's why we here at the Greens here in New Zealand have been calling for some time for the detainees to be repatriated to the Australian mainland."

Labour's justice spokesperson Jacinda Ardern said the government needed to do more to make sure the New Zealand detainees were being treated fairly by Australia.

"Anyone in that situation obviously should be given access to ... those kinds of arrangements and in fact that was something John Key made very plain they would have access to.

"So again, yet another piece of information that demonstrates just how poorly this process is being managed by the Australians."

Ms Ardern said Mr Mclachlan's case was another example of how rotten the Australian deportation policy was.

"When you have a case when someone has accepted their deportation, to have that delayed, to have the Australians not even provide that individual the paperwork in order to expedite that process just again paints a picture of a really appalling process."

Australia's Department of Immigration and Border Protection would not comment, saying such matters were operational.

In a statement, the Ministry of Foreign Affairs and Trade said the government raised its concerns about New Zealanders being held in detention camps with the Australian government on a regular basis.

It said consular officials would investigate any complaint.

Australia toughened its immigration rules in late 2014, changing the threshold for the cancellation of visas or revocation of permanent residency.

Previously, those with serious criminal records were targeted for deportation, but under the new legislation, visas are cancelled for those serving prison terms of 12 months or more or convicted of a sexual offence against a child. The 12-month prison sentence can also be made up of cumulative sentences.