The government has not cancelled the passports of any of the women it says have left the country to marry jihadist fighters in Syria and Iraq and they are free to return. 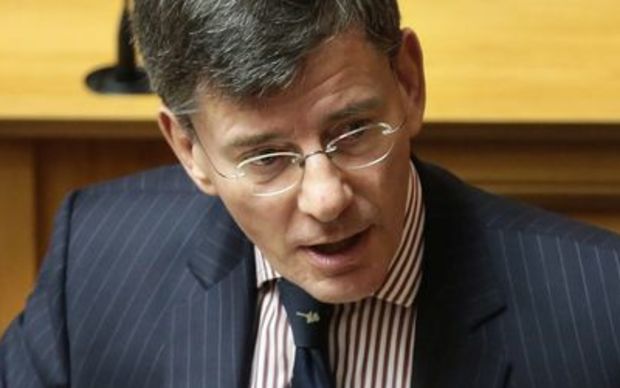 The SIS's annual report said there had been an increase in the number of women travelling to Islamic State-controlled areas to marry.

It also said the number of New Zealanders fighting alongside Islamic State was likely to increase and that they posed a significant threat if they returned here.

The government said getting married was not a reason to cancel a passport, although some men have had their passports cancelled for posing a threat to national security.

Minister in charge of the SIS, Christopher Finlayson, believed the women who were leaving New Zealand did not know what they were letting themselves in for.

"These are people who seem to subscribe to the deluded fantasy that if they go over there they'll be able to marry the man of their dreams and they'll live in some kind of idyllic Garden of Eden as their chaps go out and fight for the faith, but the reality of the matter is it's nothing like that.

"I guess they're following the established pattern of what happens when jihadi brides go from Austria or France - basically, they're consigning themselves to death."

According to the SIS the number of women travelling to Syria and Iraq to marry jihadist fighters is fewer than a dozen.

Temporary legislation passed last December allows passports to be cancelled, or travel documents suspended, if a person is deemed a danger to a country.

Internal Affairs Minister Peter Dunne said no passports for any women in any circumstances had been cancelled, but a very small number of men's passports had, although he would not disclose the number.

American security intelligence agency Soufan Group said the number of foreign fighters in Iraq and Syria had more than doubled since last year - and included five to ten New Zealanders. There are about 40 people on a terror watchlist in New Zealand, including one or two under 24 hour surveillance.

So far no New Zealander who has gone to fight with Islamic State has tried to return, but according to the SIS some will try to return in the near future.

Mr Finlayson said people returning to New Zealand radicalised was a risk, and one to which the government was alert.

He pointed to the recent attacks in Paris where the main perpetrator had gone to Syria and managed to get back into Belgium.

"We have to be alert to that and if they come back we have to deal with them, the criminal law obviously has a role to play, but there's more than that."

Labour foreign affairs and associate defence spokesperson David Shearer said it was important these people were allowed to come back into the country so that they could be rehabilitated. He said some countries took away passports and citizenships, leaving people to drift around the world.

"We haven't done that here in New Zealand and I think that's the right policy. If somebody wants to come back we will allow them to come back to New Zealand and then prosecute and deal with them here, because that is the responsible thing to do for the international community."

The temporary passport legislation expires at the end of March 2017.