On the face of it, the way government agencies and departments respond to Official Information Act (OIA) requests is not the sexiest story in the world.

But outgoing chief Ombudsman Beverley Wakeham has elevated it to new heights with her descriptions of some journalists acting like "rottweilers on heat" and public servants across the land cowering behind their desks, "gun-shy" in the face of OIA requests. 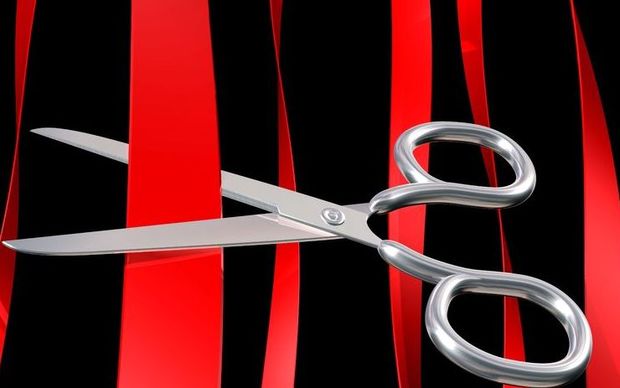 Dame Beverley is about to release her office's report on how the government responds to OIA requests and whether it is working.

She launched the review at the end of last year after allegations some government agencies and ministers' offices were not following the letter of the law.

One of those allegations proved to be true in the case of the Security Intelligence Service (SIS) and Labour MP Phil Goff.

Dame Beverley was also critical of Prime Minister John Key, after he admitted his government sometimes waited until it was politically opportune to release OIA requests.

At her final appearance as chief Ombudsman before a parliamentary select committee this week Dame Beverley said she had not seen any evidence of undue political interference when agencies and departments were considering OIA requests.

But she felt journalists, opposition MPs and those receiving the requests needed a better understanding of how the Act worked.

And she aimed particular criticism at the media for firing off massive OIA requests.

She said some requests were fishing expeditions and it was unreasonable to expect CEOs and ministers to respond to "bucketload requests".

She said this resulted in a significant amount of work for the public servants involved, which caused delays.

However, that was questioned by Labour MP Kris Faafoi, who put it to Dame Beverley that sometimes fishing expeditions were necessary to find information by casting a wide net.

And there are anecdotes to support that.

One public servant told me she used to actively look for ways to thwart OIA requests, saying journalists had little chance of getting the information they wanted unless they specifically identified the exact document they wanted.

Another story tells of a minister who apparently avoided putting his name near some controversial documents in the event of an OIA request.

All anecdotal and hard to prove, but there has been a growing feeling among journalists that the spirit of the OIA is not only not embraced by government and ministries, but to delay the release of politically embarrassing information.

All the more interesting to hear the views of the Chief Ombudsman, who talked to reporters after her select committee appearance.

"If you're going for a quick soundbite and a gotcha headline, it does make people who are innately conservative anyway worry about the context in which they might release something, or how it would be understood."

She said she had yet to meet a public servant who came to work each day saying 'how can I stuff this up?'

"They know what their responsibilities are, they want to do the best they can, but circumstances are such sometimes. It's not always possible to do it immediately, and they just have to explain themselves a lot better to the requester."

And she said if journalists behaved differently, public servants might not be "gun-shy" about dealing with media requests, and be more objective.

"I mean frankly, it's the relationship that you establish with the chief executive, it's establishing contact, establishing credibility on both sides of that which will get you further in the door.

"Your own practice as journalists - how you act, how you write, how you position things."

Dame Beverley acknowledged newsroom resources were being stripped back and new demands such as digital meant reporters were expected to do more with less.

And this was also in the context of public relations people, spin doctors and communications experts far outstripping the number of working journalists.

She said the review, due to be released next week, would not not name and shame government agencies or ministers' offices, saying she did not believe a "bloodletting" exercise would be useful.

But in the future the Ombudsman's public audits will be published, which may help to shine a light on those parts of government that do not currently meet the requirements, or the spirit, of the legislation.