Prime Minister John Key, on a trade trip to Vietnam, has joined his his Vietnamese counterpart in condemning the deadly attacks across Paris.

The trip was to foster closer economic ties but the tragedy in Paris has dominated. 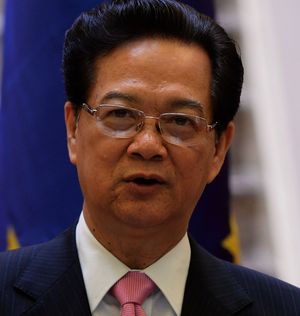 Mr Dung condemned the perpetrators of the attacks, claimed by Islamic State militants, which killed 129 people at a concert hall, bars and restaurants, and outside a sports stadium.

"Together with the international community, Vietnam would like to express its condolences to the Government and people of France, and especially to the victims of the attacks," said Mr Dung.

"We believe that with the strong efforts of the French Government, those perpetrators will be duly punished."

"I couldn't say to you that we're completely immune. We have people on our watchlist. We know IS are very effective at reaching out to those people. 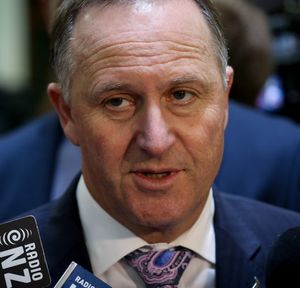 "We have a responsibility to other New Zealanders to do the best we can to monitor any behaviour that we think is unusual or untoward."

Economic matters remained high on the agenda as New Zealand signed a number of agreements to boost trade in areas such as aviation, food safety and education.

Economic Development Minister Steven Joyce said the measures would help meet the target of doubling two-way trade to $2.2 billion by 2020.

"The Vietnamese government ... are very supportive and encouraging of New Zealand expertise and New Zealand knowledge and services coming into here.

"So, New Zealand companies will get a good welcome. They'll still have to do the work, and like all these things, it's about relationships. But it's well worth doing."

In education, the two countries are aiming to boost the number of Vietnamese studying in New Zealand by 30 percent by the end of of 2017. Some 2022 chose to study here last year.

Another target is to encourage New Zealand tertiary providers to run more courses in Vietnam.

"If you're talking just pure finances, the best arrangement is to bring students to New Zealand because they are coming into existing courses with the infrastructure already in place.

"But I think in terms of deepening the partnerships and showing a deep commitment to developing the country, then (offering courses in Vietnam) is a big deal."

Professor Zorn is visiting other universities while in Vietnam to explore further opportunities.

Aviation provides other opportunities as growth in Vietnam passenger numbers the third fastest in the world, behind only China and the United Arab Emirates.

Mr Crisp said the country was crying out for pilots, air traffic controllers and newer aviation services which New Zealand firms are well-placed to provide.

"The airport infrastructure (in Vietnam) is low, and needs to be developed. We see a lot of spend about to occur in the next five to ten years."

There is also an agreement to invest over $14 million in new development measures in Vietnam, including a food safety project, the expansion of a dam safety pilot, and an increase in training and scholarships for Vietnamese officials.

Despite the talks in Vietnam weighted toward fostering trade ties, Mr Key admitted the terrorist attacks in Paris would dominate the rest of his trip.

"I think it's a fair point to say as we go into the range of different regional meetings, we've now got APEC coming up and East Asia Summit, it's hard to believe that terrorism won't be a significant discussion point."

Mr Key will leave for APEC in Manila on Tuesday.