New Zealand First deputy leader Ron Mark is being accused of racism after telling a Korean-born MP to go back to Korea during a parliamentary debate. 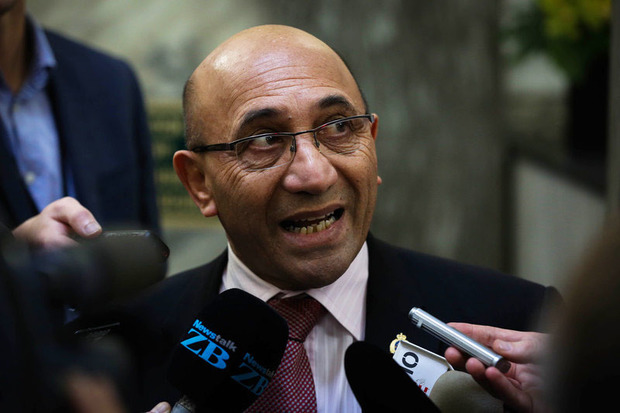 National's Melissa Lee was born in South Korea but left as a child and is a New Zealand citizen.

During debate on the Shop Trading Hours Amendment Bill on Tuesday night, Mr Mark said: "Melissa Lee told the House in her rather condescending manner, which she is becoming renowned for, that we need to grow up in New Zealand.

"Well I've got a short message: If you don't like New Zealand, go back to Korea."

"Normally we give Ron Mark a bit of a leash because he's not the brightest bulb on the tree, but this sort of racism is not acceptable.

"If singling somebody out for their ethnicity and imputing an opinion or a view on them for that reason is not racism, I don't know what is."

"I think it was appalling. I don't think there is any place for that sort of racism under any circumstances and I just think it's disgusting."

"Some people who come here might think we're a bit antiquated, a little bit silly, and maybe they do think we need to grow up but they've got two choices and they can move on."

He said Deputy Speaker Lindsay Tisch had said the comment was not racist, instead calling it "robust debate".

Asked by media whether the comment was racist Mr Mark said "no", and told reporters to grow up.

His colleague, Pita Paraone, appeared to be making the argument the comment was okay because it was made in Parliament but became less confident when asked whether he was saying racism was okay when it was in the House.

"I said he was just playing the part of what usually happens in the house, and I've heard more vitriolic comments made to other members in the house and no one has reacted the way you appear to be."

But another New Zealand First MP, Tracey Martin, was not impressed.

"It's not a statement I would have made - that's my comment on that."

At the beginning of Parliament's question time today, Mr Seymour asked Speaker David Carter to make Mr Mark apologise for his comment but Mr Carter ruled the moment had passed.