The Australian Prime Minister has promised that his government will be more compassionate in considering appeals from New Zealand citizens whose visas have been revoked. 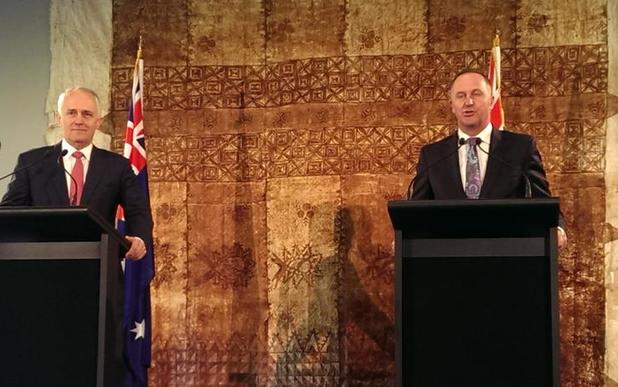 He met John Key for formal talks in Auckland this morning, in which they said they had had a frank and honest discussion - "the way that friends and family would discuss" - in Auckland about the deportation issue, which has led to hundreds of New Zealanders with criminal convictions being held in detention centres or deported from Australia.

Mr Key said he asked for special consideration to be given to those New Zealanders who had spent most of their lives in Australia and were convicted for lesser crimes.

Mr Turnbull said no special dispensation would be given, but more resources would be made available to immigration so that visa appeal processes could be made faster, with more consideration given to individual circumstances.

New Zealand citizens were, however, free to go to New Zealand while they waited for appeals, he added.

Mr Turnbull said a working group led by the Immigration Ministers from both countries would review the process of reviewing the visa appeals.

Hundreds of New Zealanders have been caught by new immigration rules in Australia under which people can have their visas cancelled if they have been cumulatively sentenced to 12 months or more in prison.

Mr Turnbull said special-category visa holders who first entered Australia as a dependent child and who had lived there for at least 10 years would be eligible.

Legislation implementing the measure will be introduced to the Australian parliament next week.

Both Prime Ministers commented this morning on the closeness of trans-Tasman relations.

The Australian Prime Minister was officially welcomed to Government House in Auckland with a powhiri and the Navy Brass Band before the closed meeting. 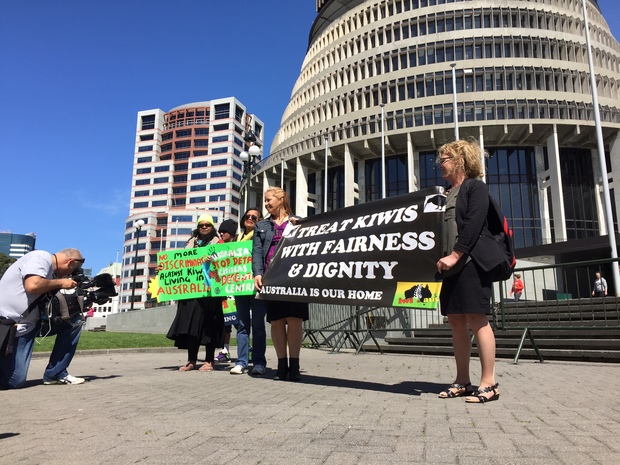 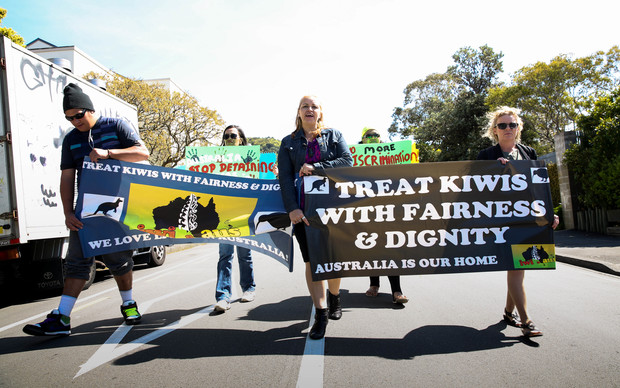 The group started at the Australian High Commission (pictured) and marched from there to Parliament. Photo: RNZ / Claire Eastham-Farrelly