That was the message in Wellington today at the launch of the country's biggest private-sector union, named E Tū, or "Stand Tall". 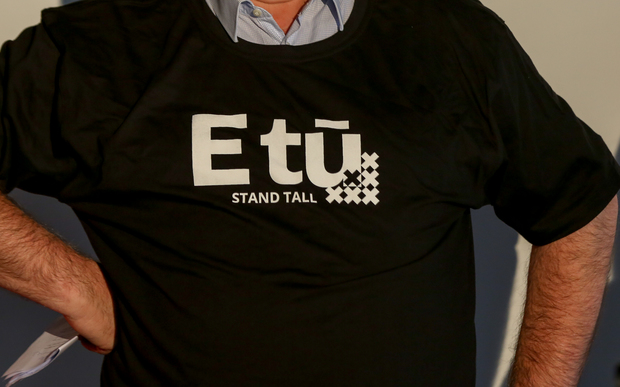 It has been formed by a merger of the Engineering, Printing, and Manufacturing Union and the Service and Food Workers Union, and is vowing to combat wage inequality.

It will have more than 50,000 members from a range of industries including engineering, community support, mining, and manufacturing.

But he warned it would be a struggle.

"There's no denying it's pretty tough going for a union in the political and business climate we have," he said.

"We want to get out there and talk to people who aren't in unions."

The latest statistics from the Companies Office show unions have lost almost 15,000 members over the past three years, mainly due to fewer new workers signing up.

"There's no reason younger workers in the workforce shouldn't have an expectation of a fair deal at work where they're able to develop and their ideas and creative expressions are taken seriously and rewarded," he said.

Both the EPMU and the SFWU were affiliates of the Labour Party, and there was a strong anti-Government feeling at today's launch, fuelled by acting leader Annette King.

"We were born out of the union movement and when you have organised labour and a strong political movement in parliament, you've got a far better country."

In a symbolic gesture, the rest-home worker at the centre of a long running pay dispute case, Kristine Bartlett, was one of the first people asked to become a life member of E Tū.

She said union power was crucial, and was hopeful more people would join.

"We've got all of these thousands of people backing up each other and we're going to win a lot of good campaigns," she said.

E Tū's co-president, Muriel Tunoho, said there was a lot of frustration in the workforce.

"Workers have been pretty much done over out there and a lot of our members are in very vulnerable situations with job insecurity and low pay so this is a biggie for them," she said.

Business New Zealand manager of employment relations policy Paul McKay said the formation of E Tū could be a positive thing for the business world, as it would allow for more co-ordinated negotiations.

Ms Tunoho said it would have a stronger voice.

"We believe in standing up - E Tū is a call to action that challenges us to step up because if we stay where we are nothing changes."