A Labour MP who has a paid parental leave bill back on the table for a second time says she is prepared to fight the government to stop it killing the bill. 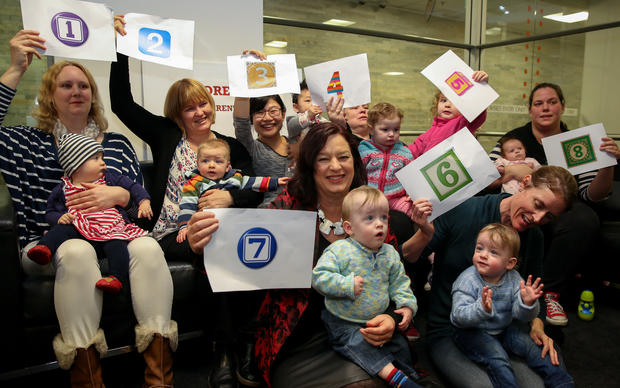 The Finance Minister has again said he will veto the member's bill at its third reading if it gets to that stage.

She said she would be ramping up the pressure on the government not to use its veto.

"It's unwarranted. It's an extreme measure that's never been used in New Zealand before.

"The New Zealand public know that it's not in the interest of the future of this country, so I'm going to fight for that veto not to be used and I'm inviting the public to join me in that fight."

Finance Minister Bill English says the government has every right to use its long-established veto power on the bill. Photo: RNZ / Chris Bramwell

The bill failed the first time around after both National and ACT opposed the legislation - even though it was watered down by Labour to only apply to the parents of premature and disabled babies, and those of multiple births.

The government can veto legislation it believes will have a significant impact on its books, and was prepared to use it on Ms Moroney's previous bill.

A veto can only be used on a bill after it has been through committee stages and before its third reading.

Finance Minister Bill English said the government had every right to use its powers.

"So we disagree with the policy as well as the spending."

Mr English said the veto had been there for a long time to make sure the government could maintain control over its finances.