The Greens will go ahead with their bill to increase the refugee quota, despite the Prime Minister saying New Zealand will accept an emergency intake of hundreds of Syrian refugees. 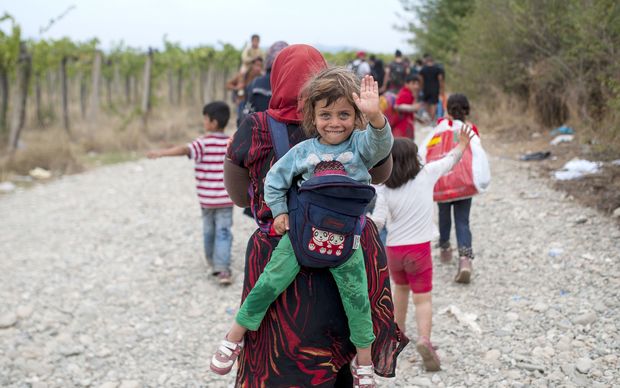 Refugees cross the border line between Greece and Macedonia near the town of Gevgelija. Photo: AFP

John Key said Cabinet will be making a decision later today on an emergency measure, which would spread the intake over a period of three years.

Millions of people are fleeing war zones in the Middle East and Africa with many seeking shelter in the European Union, and, over the past week, the calls for New Zealand to take some of those refugees have grown louder.

Mr Key told Morning Report the new intake would be over and above the country's current annual quota of 750, as part of a special emergency package.

While he would not give exact numbers, he said it would be "in the hundreds".

Green Party co-leader James Shaw said the party would still try to table its bill to increase the annual refugee quota to 1000, saying an emergency intake would not address any long-term issues.

"If the announcement exceeds our expectations, I think we would be very pleased especially for those people who will be able to resettle in New Zealand.

"However, we still want our bill to go to select committee so that we can have a parliamentary process to look at what is possible for New Zealand to do in the future."

Mr Key said a review of the annual quota of 750 refugees would still take place mid-next year as planned.

The new emergency intake would apply specifically to Syrians, and would be similar to what the country did for refugees from Kosovo in 1999.

Mr Key said taking in that many new people would put a strain on the system.

He said the review of the 750 quota would still go ahead in the middle of next year and would not be brought forward.

Mr Key said he stood by the view that the current quota had served New Zealand well for 28 years.

The announcement has been warmly greeted by a Syrian living in New Zealand for 22 years.

Assem Alkotob said the plan was good news, but he hoped more help will come, not only from the New Zealand Government, but also from other countries.

He said the refugee crisis was unlikely to be solved in the next year.

Waikato University law professor Alexander Gillespie said the number of refugees New Zealand took in was still way out of kilter from what other countries do.

Australia takes in a maximum of 13,750 refugees a year.

Professor Gillespie told Morning Report New Zealand did a good job of looking after the refugees who arrived now.

But he said more could be accommodated, and care had to be taken, because if a whole lot of people came in at the same time, there was a risk the system would break.

Mr Little said he hoped the number of people allowed to resettle in this country was generous.

"If it's only 100 to 150 a year over three years, I think that would still be disappointing. I think the magnitude of the crisis is greater than that and the advice I've had is that we can process more than that in a period of a year."

Mr Little said New Zealand could take up to an extra 750 refugees over the next year.

He said he would wait to see what the Government announced, before deciding whether to introduce Labour's bill on doubling the quota. 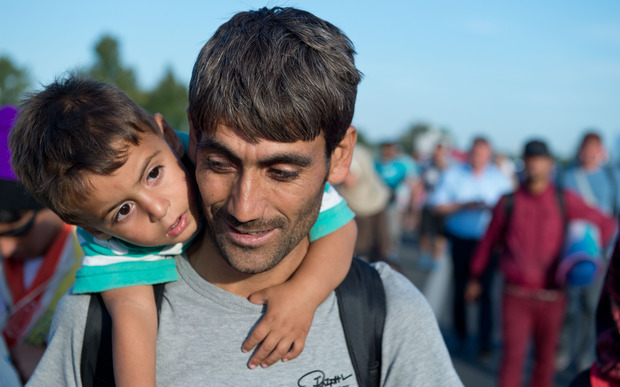 Hundreds of refugees from Syria, Iraq and Africa walk along the motorway towards the Austrian border. Photo: AFP