Labour is rejecting claims of plagiarism after cutting and pasting extracts from an article in The Economist into a report without attributing the source. 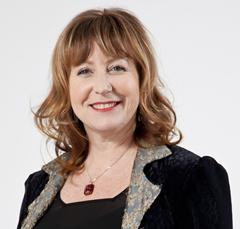 Three extracts were used as part of the party's 'Future of Work Commission' document, which the party says aims to improve public understanding of the changing nature of work and its impact on the economy.

Labour MP Clare Curran said the orginal document did have references and footnotes but that was left out of an updated version.

She took full responsbility for the fact that the final text did not contain proper footnoting.

"I don't know if you would call it plagarism. It was drawn from many different sources... I can't be clearer than saying it should have been footnoted and that has been corrected."

Economic Development Minster Steven Joyce said he would rather have read the full article in The Economist.

"On the other hand it is good that Labour are at least referring to The Economist at least once for some economic policy because that probably creates a little more coherence than they have had previously."

Mr Joyce also took the opportunity to take a potshot at Labour's Future of Work campaign.

"They should drop this thing. It's been an embarrassment for them from the start. They've been out stating the obvious as to what work is and now it turns out that they're actually copying the obvious as well."

Labour said over the next few weeks it would be releasing more discussion papers about work including the security of work and income and economic development and sustainability.