Canterbury Earthquake Recovery Minister Gerry Brownlee has cancelled drinks he was hosting ahead of an All Blacks test after suggestions of an improper relationship with the event's sponsor, Fletcher Construction. 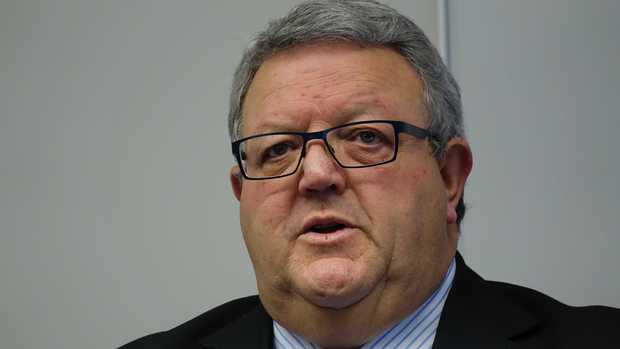 Mr Brownlee was to host the drinks, which are held by the Canterbury Earthquake Recovery Authority, ahead of next week's test in Christchurch - the third time he has hosted a similar function.

However, in a lengthy email to guests today, he said he had cancelled the event after someone implied Fletcher's sponsorship was improper, after Fletcher was given the Government tender last week for a major residential development in Christchurch.

The complainant was one of the unsuccessful tenderers for the project, Mr Brownlee said.

He rejected any impropriety, saying Government contracts were conducted according to strict guidelines.

However, the potential damage to reputations meant it was not worth going ahead with the event, he said.

"This is not the first time conspiracy theorists have tried to suggest something along these lines," he told guests.

"Unfortunately this nonsense usually ends up in the media, arguably harming all parties' reputations in the process of refuting it. Rather than let that happen this time, I've decided it's simpler for everyone that I cancel the event."

"We have had interest from other businesses to host this event, but as Fletcher stepped up at relatively short notice to host the first event, we've always considered it good manners to have a right of first refusal to re-host."

Neither CERA nor Fletcher would comment on the event's cancellation, directing Radio New Zealand to the minister's office.

A spokesman for Mr Brownlee said he would not be commenting and was not under any "statutory obligation" to answer Radio New Zealand's questions.

Mr Brownlee had not given any thought to future functions, the spokesman said.