The Reserve Bank delivered its financial stability report this morning.

Analysts are expecting the central bank to begin putting the brakes on the Auckland housing market in its latest six monthly Financial Stability Report this morning. Some predict it will announce measures to target property investors in the city.

Recent comments from the deputy governor Geoff Bascand have fuelled speculation that it will announce a new policy.

The Reserve Bank confirmed his comments were reported accurately.

Mr Bascand told the paper: "What we worry about is the risk that the financial institutions are taking on from higher-risk lending and they're getting increasingly exposed to Auckland, and so that becomes more of a concern for us". 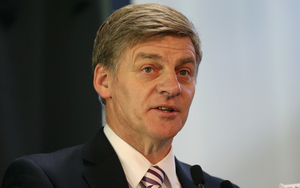 "We certainly share their concern that when you have house prices rising at double digit rates that is setting people up for problems if there's a significant correction in the house prices."

The Reserve Bank has previously indicated targeting regions would be difficult but the tone seems to have changed.

Associate head of Massey University's school of economics and finance David Tripe said it would be a reasonable outcome from this morning's report that there will be something happening in the Auckland space.

"They're certainly expected to do something around rental properties.

"There might be something happening in relation to debt to income ratios. The main impact of most of these is going to be to cause banks to hold a bit more in the way of capital."

The Reserve Bank had also been undertaking consultation about how they approached the question of mortgage lending to investors.

Infometrics chief forecaster Gareth Kiernan said initial thoughts on that work were that the Reserve Bank could increase risk weightings associated with lending to property investors, and therefore the trading banks would need to keep more cash to cover that lending.

"The outcome of that policy approach it's going to make it either more costly or more difficult for property investors to obtain finance when they're looking to buy a property, and it possibly is similar in some respects to the way the loan-to-value ratio restrictions have worked."

Bank of New Zealand senior economist Craig Ebert said the Reserve Bank's report was seen to be the vehicle for announcing anything on the Auckland property market.

"It's exactly the document to talk about financial system risks and the Auckland housing market would have to be seen in that context.

"In fact the Reserve Bank has been quite clear that it sees it as a potential risk to financial stability going forward."

The Bank's Financial Stability Report will be released at 9am.