The government department responsible for Whanau Ora insists no funds have been misused - despite criticism from the Auditor-General over extravagant administrative costs. 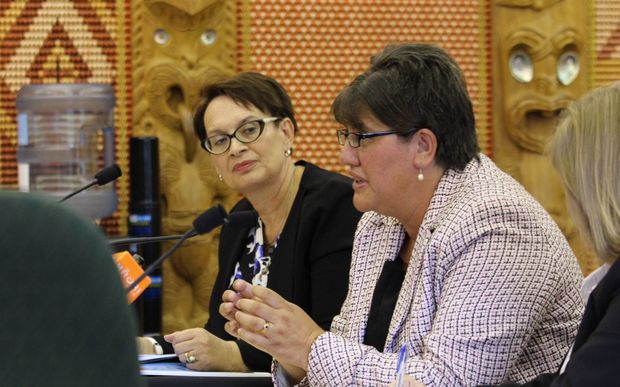 The multi-agency social initiative began in 2010 and has since received $137.6 million in funding, almost a third of which has been spent on administration.

Auditor-General Lyn Provost said in a report released yesterday a greater proportion of spending could have been directed to families. It said Whanau Ora's administration was cumbersome and unusual, and needed better planning and financial management.

Whanau Ora is administered by Te Puni Kokiri and chief executive Michelle Hippolite said no funding had been misused.

"I can account for where all the money was allocated. That's both what was provided to providers, to navigators, to any support mechanisms, and I can also account for where the funds (are) currently clustered under administration," Ms Hippolite said.

Tribal development company Ngati Whatua Orakei Whai Maia chief executive Tupara Morrison said Whanau Ora had made a huge impact within its whanau and had allowed it to give people more knowledge and support.

"What it does in a whanau way is saying 'you can actually make these choices, now we can help you, point you in those directions'.

"Sometimes it can be scary for people just going into a government agency."

Mr Morrison said he had noticed more people becoming confident at managing and helping themselves and passing that on through their whanau.

The minister responsible for Whanau Ora, Te Ururoa Flavell, accepted there had been some issues in the rollout of the programme but told Morning Report there were good reasons for the spending.

"We had to deal with issues of design, of development, implementation, evaluation - all those costs came into it.

Money also went on research, evaluation, leadership programmes and development, he said, and without those, the administration spending would have been at a normal level for a Government programme.

Finance Minister, Bill English said the start of Whanau Ora was complicated because it was so radical. He said no funds were used inappropriately.

New Zealand First leader Winston Peters said Mr Flavell was in utter denial about the programme's spending, which he said was an awful waste of money.

Labour Maori development spokesperson Nanaia Mahuta said a thorough investigation was needed into the way funds had been directed.

"Te Puni Kokiri has soaked up a third of the funding made available and it's legitimate to ask where did that funding go.

"Why didn't it go towards service providers and also towards whanau who could benefit under this particular initiative?"