Three weeks out from the budget, the Finance Minister has conceded the Government is unlikely to meet its surplus target. 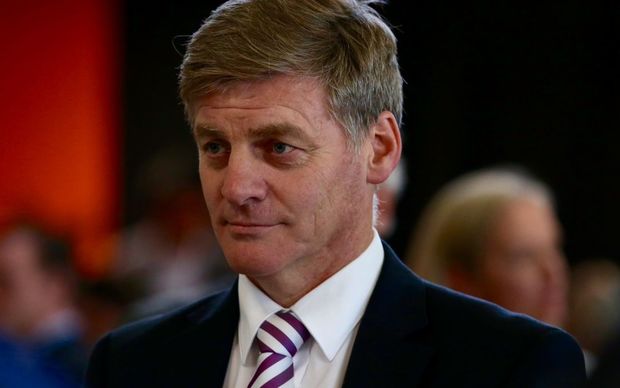 For the past four years the Government has been promising to get the books back into the black by 2015.

Now - in what may be a first for a Finance Minister - Bill English has compared the struggle to reach surplus to a weight loss goal.

During a pre-budget speech in Wellington today, Mr English said despite strong growth, the country was experiencing very low inflation - or more accurately deflation in the past six months - which was unusual.

That was also twinned with lower commodity prices - the forecast milk payout, announced yesterday, was just half of what it was a year ago, and is set to take up to $7 billion out of the economy.

Mr English said that made reaching surplus more challenging - adding if the Government did post a deficit, it would be small, and no risk to the economy.

"For the 14/15 year, as I have indicated, the forecasts are likely to show a deterioration on the half year update but look, I look at this way - if someone - if you set out to lose 10 kilos of weight and you lose 9.8 - you wouldn't say that was a failure would you?"

Mr English said that also meant the Government would collect less tax - $4.5 billion less than forecast at the last Budget.

But there would not be any knee-jerk cuts to spending or income support as a result.

"If this last year falls slightly short of surplus, and we've got smaller surpluses in the next year or two, we're not going to let that change our plans to get on with decisions that we think are going to result in a stronger economy and a better community."

"This is the test National set for themselves for whether they were good managers of the economy and so to now abandon it and to find every excuse in the book for doing so is actually letting New Zealanders down."

Mr Robertson said not only was this years' surplus a "dead duck" but the surplus for next year was also beginning to look under threat.

He was not buying the weight loss analogy.

"Well, if you have been on a diet for seven years and you haven't lost the weight you were meant to lose then breaking that. He needs to take responsibility for the fact that he made this promise to New Zealanders and he's breaking it."

The Green Party co-leader said Mr English was reaching a record of the wrong sort, with his expectation of a seventh Budget deficit.

Russel Norman said National had described the previous government as a poor fiscal manager, but that government delivered nine surpluses in a row.

He said Mr English's seven deficits in a row equal the record set by Keith Holyoake, also under National.