The Defence Force has confirmed troops have travelled to the Middle East as they prepare for their deployment in Iraq. 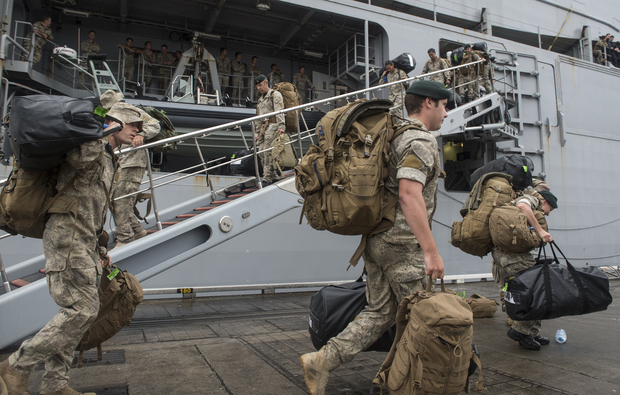 In a statement, the Defence Force says it will let the public know when all the soldiers have safely arrived in Iraq, but all 143 troops are expected there by mid-May.

Earlier, Prime Minister John Key shrugged off criticism over informing an Arab newspaper about the movement of New Zealand troops before the deployment.

Opposition parties criticised Mr Key for telling the newspaper Gulf News the troops were in Dubai, but the Prime Minister maintained the troops' transitory presence there was not a big issue.

He said the Government had been more open about the Iraq deployment than almost anything else it had done, and the information he gave to the paper was not classified.

"I don't have every single movement of what they [the troops] do ... I'm Prime Minister of New Zealand not a travel agent.

"I don't know what these people do every second," he said, adding they were in different groupings and travelling over a few weeks.

Mr Key said Opposition parties who had been calling for precise details about the deployment were now saying giving out information puts troops at risk. 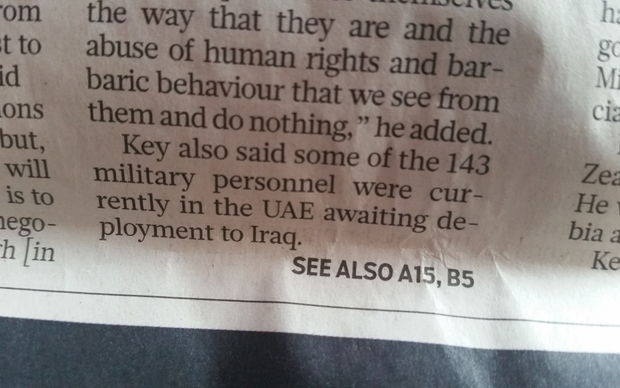 Labour Party foreign affairs spokesperson David Shearer said yesterday Mr Key had shown a frightening lack of judgement. "At the same time the prime minister is telling us that disclosing operational details could be a security risk he is being loose-lipped on the world stage," he said in a statement.