The Government will not be delivering on its pre-election promise of free doctors visits for all primary aged children. 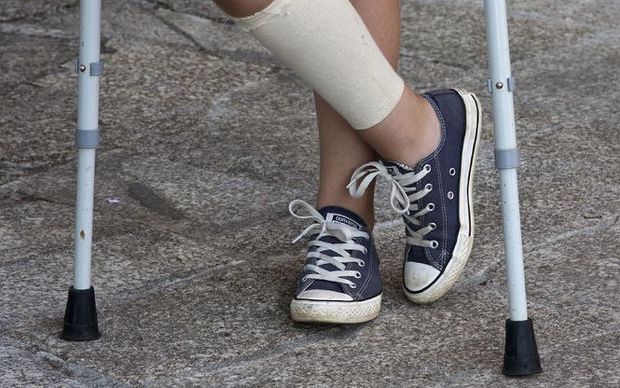 The ACC Minister has set the Corporation's funding at a level that will cover only an estimated 90 percent of doctors' visits for children who are injured.

In the budget and at last year's general election, the Government repeatedly pledged to make doctors' visits and prescriptions free for all children under 13 from July this year.

She said the costs of getting the remaining number of injured children free visits outweighs the benefits.

The Greens' health spokesperson Kevin Hague has described that as outrageous.

"When the Government said that all kids under 13 would get free doctors' visits, then actually that's what it meant - that all kids would."

"Now it turns out that that the Government hadn't even thought about how it was going to implement that policy, hadn't bothered to consider kids that had been injured and were subject to ACC."

"And when they finally did come round to that, they elected a policy setting that meant actually one in ten injured kids would not in fact get that free visit," he said.

Kevin Hague is accusing the Government of pinching pennies from sick kids.

"The money that they are saving by not providing this service to this 10 percent of injured kids who are going to miss out is peanuts. The Government is just scrimping and displaying a stingy attitude and its kids who are paying for it."

Labour leader Andrew Little said the Government promised free doctors visits for all under 13s and it should deliver.

"Clearly it looks like a breach of the promise they've made," he said.

"It shouldn't matter whether you go there (to the doctor) for an illness or disease or as a result of an accident either way the promise is for free doctors visits and that's what should happen."

Chairman of the Medical Association Mark Peterson said while the Greens are right that a little more funding would see many more children treated for free, some doctors may still have charged.

"They would have got increased coverage, but the Government and ACC don't actually have the ability under the regulations as they currently stand to make or enforce a no co-payment policy," he said.

"It was vaguely possible that if they increased that level there still may be some patients being charged."

She said some GPs choose to charge patients a fee, in addition to what they get from ACC and that those doctors are typically in higher socio-economic areas.

ACC visits account for between ten and twenty percent of trips to the doctor for children.