This week MPs from across the Parliament came together to deliver a strong message to the world's five nuclear powers. 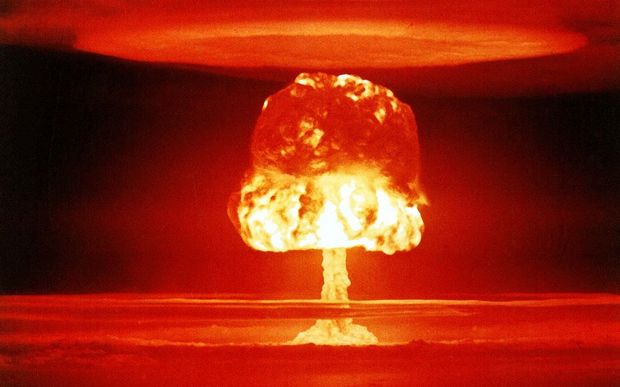 A letter signed by 60 MPs was delivered to diplomats from the United Kingdom, Russia, the United States, China and France calling on them to begin the process of nuclear disarmament now.

The five, who happen to also be the permanent members of the United Nations Security Council, signed the Non-Proliferation Treaty in 1970.

The next five yearly review of the treaty begins in New York early next month.

But few have any expectation this conference will lead to any significant reduction in the nuclear arsenals held by the five countries or by the other members of the nuclear club: Israel, India, Pakistan and North Korea.

Israel, India and Pakistan are not members of the NPT while North Korea has shown little inclination to engage in any sort of reduction of its nuclear capability.

In the meantime the five big nuclear power also appear to have stalled efforts to reduce their nuclear arsenals even though they could destroy the world several times over.

While the nuclear debate was big news during the 1970s and 1980s it appears to be largely ignored by the news media and public now.

The move by MPs here to add their voices to the calls for a reduction in nuclear weapons went largely unnoticed. Yet the threat to the world has not diminished since the anti-nuclear movement figured so prominently in New Zealand's public debate.

Internationally there is still a strong push for existing nuclear powers to reduce their arms.

Last year's Vienna Conference on the Humanitarian Impact of Nuclear Weapons, held in the run-up to next month's Non-Proliferation Conference, outlined the seriousness of the threat.

Austria, which hosted that meeting, made its own pledge to push for a reduction in nuclear weapons.

It has called on all nuclear states to take immediate measures to reduce the risk by reducing the operational capability of their nuclear weapons and by moving them away from deployment into storage.

The Austrian Pledge noted that the consequences of a nuclear weapon explosion on health, the environment, the climate and the global economy were potentially irreversible.

In a pessimistic tone it also said the risk of a nuclear weapon explosion was significantly greater than previously thought.

New Zealand continues to push for disarmament and initiatives like those taken by the 60 MPs help send the message to nuclear states that change is needed.

But previous non-proliferation review conferences have made little progress and no one is holding their breath that this time will be any different.

As the world's governments and publics focus on the threat posed by terrorism long-standing concerns about the threat of nuclear war appear to have receded, at least in the public's mind.

Yet the outbreak of nuclear war, or an accidental discharge of a nuclear weapon, would be far more damaging.

New Zealand MPs do have an obligation to continue to push for change and to challenge the nuclear powers to step back from the brink.

What is not under question is why 60 MPs would sign a letter calling for disarmament now.

The big question is why the other 60 MPs did not back the initiative?