MPs have unanimously supported a ban on animal testing in New Zealand for finished cosmetic products and their ingredients. 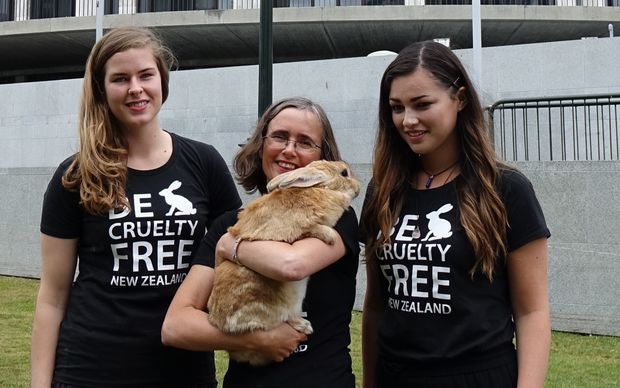 He said he did so after agreeing with the Green Party that the ban was a good idea.

"Bearing in mind there has been no animal testing of cosmetics or finish products here in New Zealand, that's what the official advice says.

"But we know this is a very important issue for New Zealanders."

Green MP Mojo Mathers, who has campaigned for the ban, said the Government would not have done it without the pressure applied by her and other campaigners.

Ms Mathers said it was fantastic that New Zealand would be able to say that it had banned a cruel and outdated practice.

The bill as a whole still has to pass its third and final reading.

Next step to regulate imports

The Cosmetic Association said the next step in banning animal testing on cosmetic products would be to regulate imports.

The Association's executive director Garth Wyllie said the legislative change would not have a big impact in New Zealand.

"we wouldn't expect to see any products not available here in New Zealand, and baring in mind where animal testing is done in the world it is only done by regulators such as China and on very specific products."

Mr Wyllie said because New Zealand legislation was aligned with the European Union he would expect an import ban to be on the cards.