Opposition parties have used Parliament's question time to accuse the Government of using the country's spy agencies for its own political purposes.

But Chris Finlayson, the minister in charge of the Security Intelligence Service (SIS) and the Government Communications Security Bureau (GCSB), refused to answer questions about whether the GCSB had spied on candidates vying for the job of director-general of the World Trade Organisation (WTO).

Labour's foreign affairs spokesperson David Shearer asked Prime Minister John Key whether the GCSB had given any support to the bid by Trade Minister Tim Groser to get the WTO job in 2013 by spying on his competitors. 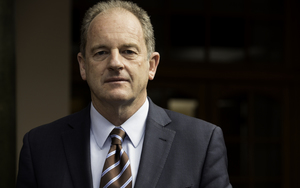 Answering on behalf of Mr Key, Mr Finlayson refused to say. He argued it was not in the public interest to do so.

Mr Shearer asked whether the Prime Minister would expect to be informed if the GCSB acted on behalf of another minister.

Mr Finlayson said yes, but in later questions again refused to confirm or deny whether the GCSB had intercepted the electronic communications of the other candidates for the WTO position.

"Why does the Government continue to use the GCSB and the SIS for its political gain, including smearing the Honourable Phil Goff during the 2011 election, declassifying documents on a whim during the 2014 election and using the GCSB as a private recruitment manager for Tim Groser's election?" Dr Graham asked.

Mr Finlayson was not impressed.

"The allegations made in that question are grubby and beneath the member," he said.

Dr Graham, however, had another question.

"Is it not true, although this may be above the minister ... Is it not true that under this Government, the GCSB and the SIS have gone from working for our national interest to working for the National Party's interest?" he asked.

"No, it is not true and not it's above me but it is certainly a question that is beneath that member," Mr Finlayson replied.

At the end of question time, Speaker David Carter ruled out a request from Mr Shearer for a snap debate on the matter.

That prompted Labour MP David Parker to raise a point of order.

"I would ask Mr Speaker when these issues arise in the next few days for the Speaker to reflect upon whether the Government can effectively stonewall as to whether these allegations made are correct by claiming public interest.

"Because as it currently stands, if they can, the Opposition can't hold the Government to account in Parliament which would be the wrong outcome," Mr Parker said.

Meanwhile, Labour leader Andrew Little said he would ask the Inspector-General of Intelligence and Security, Cheryl Gwyn, to investigate the allegations.