Green Party MP James Shaw, has announced he is standing for the Green Party leadership. 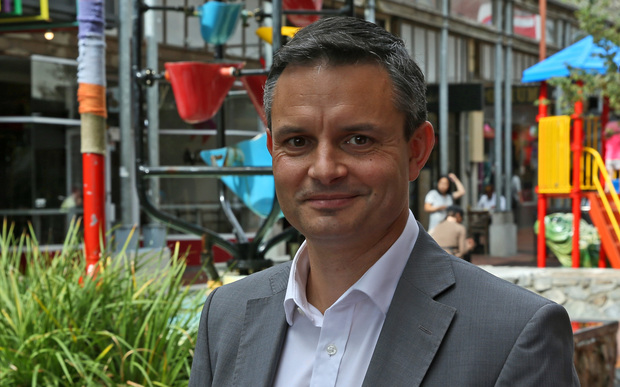 He becomes the fourth candidate for the position being vacated by the current male co-leader, Russel Norman, who is stepping down at the end of May.

Mr Shaw joins fellow MPs, Kevin Hague and Gareth Hughes in the race for the top job, along with Auckland-based solicitor Vernon Tava who has served on the party's National Executive.

Mr Shaw said he was putting his hand up because he believed the party needed new energy and thinking if it was to grow.

"I think that I have the ability to attract a really broad range of voters, and if you look at my track record in Wellington Central where I took the party from 20 percent of the party vote to 30 percent in two elections, I think I have demonstrated that I've got that appeal."

Mr Shaw said the work Russel Norman did to improve the party's economic credibility had been incredibly valuable, and he said he had the skills and background to continue that work.

Nominations for the leadership close in mid-April before a series of regional candidate meetings with party members.

The election of co-leaders is an annual process for the Greens and will take place at their AGM at the end of May.