The Labour Party leader has been caught out in an embarrassing gaffe after failing to pay a bill to a freelance journalist for work done during last year's leadership campaign. 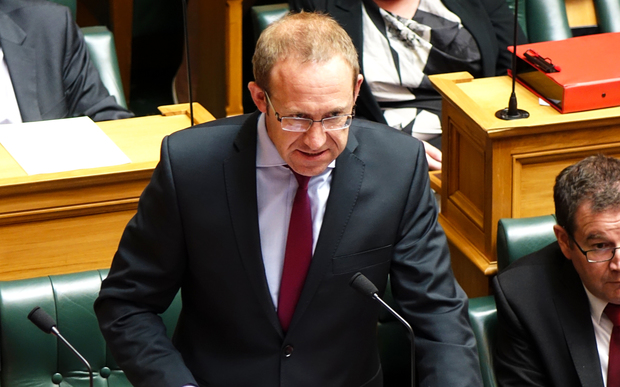 David Cohen wrote about an unpaid invoice in his National Business Review column last week, noting that while Andrew Little had been talking up small business and workers' rights, it made life harder as a freelancer when people did not pay their bills.

Mr Little said the invoice - for about $1000 - has now been paid, but refused to say whether it was after National's Steven Joyce raised the matter during yesterday's question time in Parliament.

Mr Cohen said he was invited to meet Mr Little last October to give him feedback about how he came across to the public.

He sent in his report and invoice four months ago.

"During that time I followed up the invoice, I called his office, I spoke with Matt McCarten, his Chief of Staff, many emails were exchanged and it became abundantly clear that the waiter had been stiffed, as it were."

Mr Cohen said he found this ironic given Mr Little's recent attempts to connect with small business and the self-employed.

"Andew Little has been crafting excellent speeches on the pressures felt by small business, by freelancers, by sole operators and he's been committing himself to lessening the stress and strain that one in five New Zealanders, like me, experience.

"Now, you can't really hold forth on these subjects and not look after your own creditors."

Mr Joyce was being questioned by one of Mr Little's Labour MPs about whether the government intended to take a tougher line on zero hour contracts. 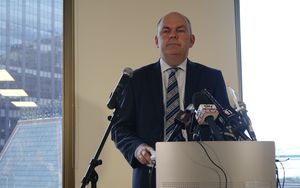 Mr Joyce used that as an opportunity to take a potshot at Mr Little.

"This is obviously not a zero-hour contract.

"It could perhaps be better described as a zero-payment contract - the employer in this case being then-leadership aspirant for the Labour Party, one Andrew Little, the current Labour leader."

"He sent his bill to a member of my campaign team, it sat on that person's desk and as I understand it flitted around between some others.

"I received it last week and it has now been paid."

After being pushed further, Mr Little admitted it had only been paid that day.

But he refused to say what time he had made the payment, and whether it had been after Mr Joyce's comments, saying that was irrelevant.

Mr Cohen said he could not help but think it was Mr Joyce's question that prompted the payment.

"I think it's reasonable to surmise that after four months of prodding that the intention was not to pay it, so I can only imagine somebody possibly scurried to a computer and effected the payment."

Mr Little said the timing was not the point, it was the fact that he had paid the bill.