The Government needs to invest in changing employers' attitudes if it wants to move more people with disabilities into work, the Disability Support Network says.

New figures show 12,724 fewer people were receiving a benefit at the end of last year compared to the year before.

However, the number receiving the Supported Living Payment was up by 1,206.

The Supported Living Payment is paid to people with a health condition or disability and Social Development Minister Anne Tolley said it will be a focus of the Government to bring that number down.

Chairperson of the network, Wendy Becker, said the Government's aim of bringing that number down is a positive step but the real challenge will be convincing employers to hire people with disabilities.

She said the Government will need to invest in courting employers and providing ongoing support to achieve its goal.

And Justice Action, a group that advocates for people with cognitive disabilities, said there was a shortage of trained people who can work with those who have disabilities.

Spokesperson Colin Burgering said the Government would need to put more funding into providing qualified support so that unpaid friends and family do not have to pick up the slack.

Social Development Minister Anne Tolley said many people with disabilities want to work and it was up to the Government and employers to help them achieve that. 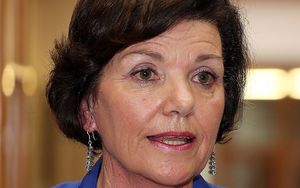 The Government is running several trials aimed at helping such people get jobs.