The Government's 'super ministry' was bound to suffer problems now revealed in a scathing review, a business group and the Labour Party say.

When the Ministry of Business, Innovation and Employment (MBIE) was formed through the merger of four government departments in 2012, economic development minister Steven Joyce said the new ministry would result in a faster decision making process, and strengthen the leadership and integration of Government policy. 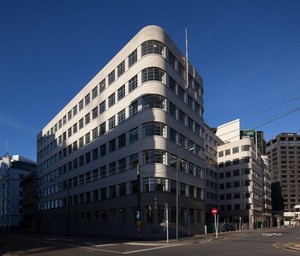 But quietly published on the State Services Commission website last Tuesday, was a 65-page report completed in February that said the ministry had significant and external problems.

Out of 32 areas of review, [http://www.radionz.co.nz/news/national/262337/super-ministry-fails-to-impress

the report highlighted 22 that needed development, and five that were weak].

Only five areas were considered well placed for future performance, and none achieved the top rating of strong.

Aspects that needed development ranged from leading economic growth - the core reason MBIE was established - to engagement with ministers.

Labour's economic development spokesperson David Clark said this outcome was inevitable considering the circumstances under which which MBIE was established.

"I have some sympathy for the ministry given the impossible challenge that was given to it by a government driven by an ideology of amalgamation and centralisation" said Mr Clark.

David Clark told Morning Report Treasury warned at the beginning the benefits would not exceed the costs of the merger but it was too late now to scrap the ministry and it should be given time to sort out its growing pains.

The report said MBIE's senior leadership team struggled to focus on core tasks, and found itself continually bogged down in trivial matters and lacked collective vision.

It also said the 14 ministers it reported to had to chase MBIE to find out who to speak with about their own portfolio, and that policy advice did not always meet expectations.

The former President of the Institute of Public Administration, Len Cook, said some of the criticisms were to be expected of what he called one of the biggest public sector changes in decades.

However, he said the report was scathing and there was a lot more that could be done.

"This is a good indication of a sort of agency that's going through so much change it really needs this sort of tough retrospective review perhaps more often than the standard performance improvement framework - just to give the leadership team some pretty darn blunt signals."

Business New Zealand chief executive Phil O'Reilly, who supported the creation of MBIE, said it was inevitable that it would experience birth pains.

Mr O'Reilly said the ministry's purpose - streamlining dealings with government departments - was significant and things would get easier as time progressed.

"Whenever you build something big from a complex set of moving parts there's always going to be some teething problems,' said Mr O'Reilly.

"It's rather complicated for a ministry of several parts to come together and then decide what they're going to do in a coordinated fashion.

"The promise though, I think, is the right one. So I certainly think they're an experiment worth continuing with."

Despite the criticism, the report did say that MBIE was performing adequately and was responding to the deficiencies identified, but there were concerns for future performance.

Its best results were for purpose, vision and strategy, asset management; and public experiences.