Economic Development Minister Steven Joyce is heading to Perth today where he will attend the first of four job fairs being held across Australia. 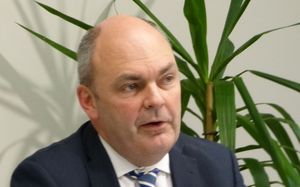 The job fairs are intended to lure Australian workers as well as expats to New Zealand to plug skills gaps in industries including construction, engineering, and computer software and design.

Mr Joyce said New Zealand had a growing economy that was set to create more than 50,000 skilled jobs over the next two years.

He said many New Zealand workers had headed to Australia to work over the past 20 years, and it was time to encourage more people to consider moving back the other way.

While in Perth, Mr Joyce will also meet with mining, oil and gas industry representatives.

He will also meet with scientists working on the Square Kilometre Array project - a giant radio telescope which on completion will be the largest scientific instrument on Earth.