Defence Minister Gerry Brownlee and Prime Minister John Key appear to be at odds over whether the Special Air Service (SAS) could be sent to Iraq.

Mr Key is still considering whether to send regular force troops to train Iraqi soldiers in the battle against Islamic State but insists they will not be involved in any combat. 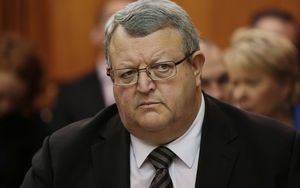 But Defence Minister Gerry Brownlee was definitive in the House today when asked about the possibility of special forces being deployed to Iraq.

"On behalf of the Prime Minister, there are no SAS troops planned for deployment in Iraq."

But John Key told reporters yesterday the special forces could be sent to help keep the regular troops safe.

"Providing protection for our people is part of the important mix there.

"That could theoretically include some SAS people as the best people to give protection to the New Zealand military people who are actually undertaking the training."

Mr Key insisted that would all happen "behind the wire" and that no troops would serve in a combat role.

"I do not see that [guarantee] changing," Mr Brownlee told the House today.

The Greens' MP, Kennedy Graham, asked Mr Brownlee to rule out any possibility New Zealand's involvement could escalate to active combat - something Mr Brownlee would not do.

"Given that the Government has not made its decision yet about what type, if at all, of capacity building we may engage in, the question put by the member is entirely hypothetical," he said.

Three military planners left for the Middle East on Tuesday and will be joined by seven others soon to assess what training role New Zealand could play.