The fastest way to get people out of poverty is for the Government to pay more subsidised rents, according to Prime Minister John Key. 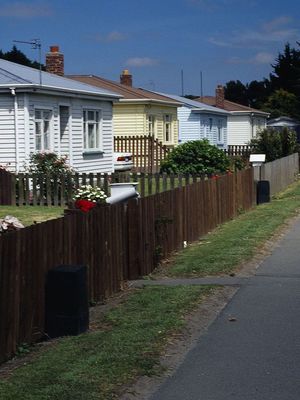 The Government has indicated it could sell up to 20,000 of the state's 69,000 homes and would work with community housing groups to get more needy people into them.

Mr Key said over the past 30 years, people have gone from spending 25 to 30% of their income on housing to 50% and the Government is working to open up the availability of income related rent subsidies to social housing providers.

"What income related rents does is, of course, ensure that they spend no more than a quarter of their income on housing and puts them in a far stronger financial position.

"The one thing that the Government will do is make sure that more people get income related rents and when they do that - mark my words - they will be considerably better off."

John Key said the cost of paying more income related rents would be a fraction of the cost to build more state houses.

But Green Party co-leader Metiria Turei said subsidising rents was not the answer to solving poverty.

"It will only work for those who have access to that housing. Most of the families and children who live in poverty are living in private rental accommodation. So this will not help them."

"John Key can dress this up any way he likes, but it is the privatisation of state housing and having grown up himself with the benefit and the security that a state house brings, he's now pulling up the ladder behind him and denying a new generation of New Zealanders that same benefit," Mr Twyford said.

Labour and the Greens want a commitment from the Government that any proceeds from the sale of state homes goes into the sector.

John Key said the details of the housing reform programme are still be worked through and he should be in a position to detail it in the next few weeks.