National Party leader John Key spent the day meeting with and answering questions from the public on the penultimate day of the election campaign.

Stopping to meet with the public, he was questioned on issues ranging from employment to student allowances and received some heckling too.

One resident in the Hutt Valley suburb of Petone asked Mr Key today about jobs for her children. 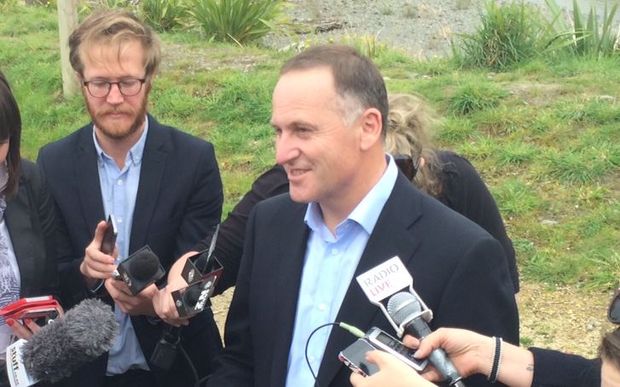 John Key talks to the media on the penultimate day of the election campaign. Photo: RNZ / Alexander Robertson

She said that two of her children were having to do cleaning and labouring jobs.

To which Mr Key replied: "It's unusual, because let me tell you what, industry is going gangbusters."