Conservative Party leader Colin Craig says he has no idea why his press secretary has suddenly resigned. 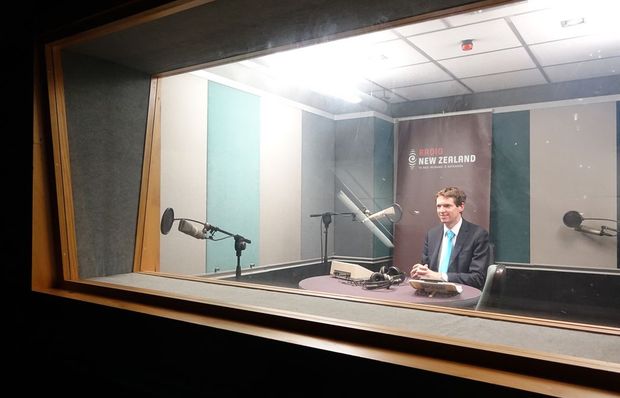 Mr Craig said he got an email at midday confirming earlier reports that Rachel MacGregor had resigned, but she gave no reason.

Ms MacGregor had been with the party for almost three years.

Mr Craig said he was caught off guard by the resignation and that he would be talking with her next week.

"Obviously campaigns are incredibly stressful and the amount of work that's required from the team is very, very high. So it may be that that's the factor but until I've had a conversation with her, I'm not going to presume," he said.

"It's probably better to have that conversation first and then I'll more clearly understand what the issue is."

Mr Craig said Conservative Party internal polling was putting the party at 5.5 percent of the party vote and he believed it would do better than that on election day.

Radio New Zealand's poll of polls has the Conservatives on 4 percent.

Mr Craig told Morning Report he believed his party would get at least the 5 percent needed to enter Parliament without winning an electorate.

He said National Party internal polling earlier this week had the Conservatives on 6 percent.

"We know that we are going to do extremely well on Saturday," he said.

"A lot of people are strategic voting, which is surprising, who are maybe National Party supporters but are choosing to party vote Conservative."