The Labour leader insists he is not developing his party's capital gains tax policy on the hoof. David Cunliffe has backtracked on his stance over a one-month grace period in which an inherited property could be sold without incurring tax. 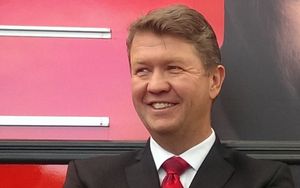 Labour is proposing a 15 percent capital gains tax, excluding on the family home, to help take the heat out of the housing market.

Mr Cunliffe said yesterday that people who inherit a family home on the death of their parents would have a one-month period during which they could sell the property tax-free.

Under questioning today, however, he told reporters that was just an example and the time-frame would actually be decided after the election on 20 September.

"In any policy of this magnitude the principles are set, and in any tax policy the details are worked out by the tax experts. The principle has always been clear - there's no change to that. Let me repeat: this is the sort of economic reform which is essential to get this country moving."

Mr Cunliffe said an advisory group would be formed, if Labour was elected, to work out such details of the party's capital gains tax policy.

"An expert working group will work out the fine detail. There's nearly 4000 pages in the Income Tax Act - it's not for politicians to micro-manage that. Whether it's a month or two years, or somewhere inbetween, that's a matter of detail for the working group."

Mr Cunliffe said there would still be some kind of grace period when a tax-free sale would apply.

On Tuesday, Mr Cunliffe was unable to clarify another aspect of the tax policy at a leaders' debate.

Yesterday, the party's finance spokesperson, David Parker, affirmed that family homes held in trusts would not be subject to the capital gains tax policy.

National Party leader John Key says Labour's capital gains tax policy as a complete and utter mess, and it is clear Labour is not across the finer details of its own policies.

Mr Key said it is hard to believe that David Cunliffe even raised the idea of a death tax after one month.

"That is a horrifying thought for New Zealanders to be put in that position - probate wouldn't even come through within one month," he said.

"I think everyone would accept the number one priority when your parents or parent passes away is not whether you should be out there flogging off the family home so you don't actually have to pay a capital gains tax."

Leader Winston Peters said New Zealand residents should only be subjected to a capital gains tax if compensation for their capital losses is paid.

However, he said foreign property owners should have to pay a 15 percent capital gains tax because they are out-pricing New Zealanders in the market.

Mr Peters said non-New Zealand residents should not be allowed to buy land or houses in New Zealand.