Education spokespeople from both the Labour and National parties say the special education system needs improving.

Ms Parata said the government has improved special education, but there is more to do. 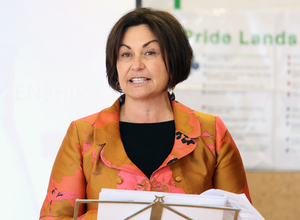 Chris Hipkins said the area is a ticking time bomb.

The pair also debated their big-ticket education policies worth about $350 million over the next four years.

Ms Parata said her party's plan of using the money to pay teachers to work in groups of schools is on track despite opposition from half the primary school workforce. Labour will spend the money on more teachers and Mr Hipkins said that will help children who are not doing well.

"There's really good research that shows smaller class sizes have a particularly positive impact for kids who are falling behind, because teachers do have extra one-on-one time with them," he said.