The former director of the Serious Fraud Office says no decision was ever made over an investigation based on what bloggers were saying.

On Saturday, Justice Minister Judith Collins resigned after an email surfaced suggesting she had been involved in efforts to undermine the then Director of the Serious Fraud Office (SFO), Adam Feeley, in 2011. Ms Collins strongly denied her involvement and said she would fight to clear her name. 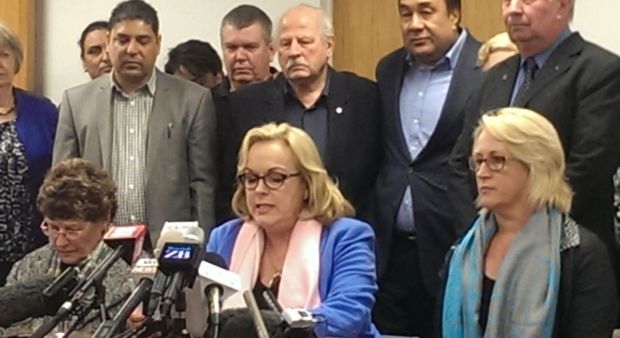 Mr Feeley told Radio New Zealand's Nine to Noon programme there were undoubtedly attacks on himself and the work of the SFO.

"There were lots of attacks, on occasion it seemed very personal, very vindictive, possibly trying to undermine what decisions I might have made or what the office might have done.

"But ... during my time at the SFO, members of the public should feel confident and assured we never made a decision to investigate or not investigate or to charge or not to charge somebody or some organisation based on media pressure, based on popular opinion, based on what bloggers were saying."

Mr Feeley said it was possible several agencies including police could carry out an investigaton. "It is an offence for any person to disclose SFO information unless authorised to do so," he said.

The Financial Markets Authority is taking a civil claim over Hanover Finance, which is set to be heard in the High Court next year. The lawsuit involves prospectuses issued between 2007 and July 2008 that the regulator claims were misleading.

Former FMA chief executive Sean Hughes told Nine to Noon all decisions on Hanover were made by the FMA and no input was sought from any public official, including the Commerce Minister, who has responsibility for the authority.

"We were looking at options of either criminal prosecution or civil litigation, and ultimately, based on some very strong and cogent advice which we received from external lawyers we decided that the best course of action, and the best prospects of recovery for the FMA and for investors, was to take civil action.

He said blog comments at the time were distasteful and created an unnecessary distraction and anxiety for the organisation and the team.

Mr Hughes said the attacks took a personal toll, influencing his decision to leave the role.

"I reflected on my experience with not only this matter, but particularly this matter. and felt that it was not fair on my family or myself to put myself through an ongoing experience such as this."