The leaders of National and Labour kicked off their first televised campaign debate ahead of next month's election talking about the Dirty Politics book, and whether or not National is going to offer tax cuts. 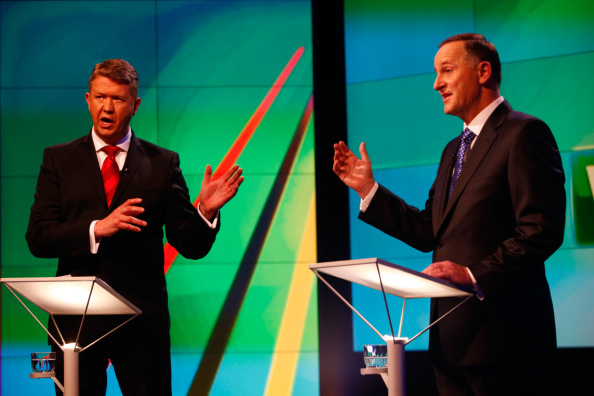 The first weeks of the campaign have been overshadowed by revelations in Nicky Hager's book about the National Party and people connected to it.

John Key put it to David Cunliffe that Labour's polling is suffering because it is not talking about what voters want to hear.

"They are distracted - and I think New Zealanders who are watching this show will be screaming at their TV sets, 'This is a Government that's delivered very well - but tell us what you're going to do for a third term in those critical issues.'"

Mr Cunliffe interjected, saying he would like to know what the Prime Minister is going to do with Justice Minister Judith Collins.

Dirty Politics is based on thousands of emails and Facebook messages revealing the right-wing blogger Cameron Slater's conversations with National Party members, including Ms Collins, who is a friend. 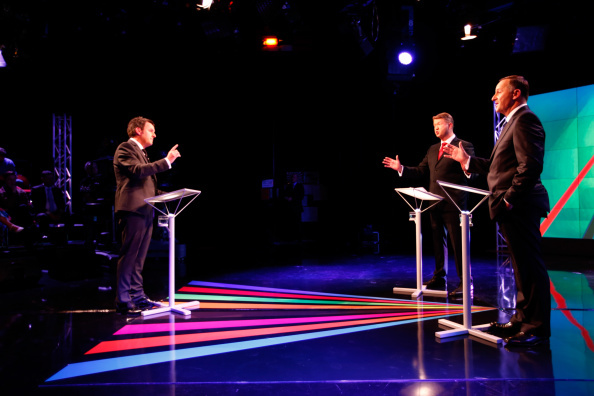 During the debate, the National leader came under pressure over why continues to refuse to be clear about whether or not his government would offer tax cuts.

John Key was asked whether or not his party will be offering tax cuts.

"Well, I hope so and we will be responsible about that," he said. "We are running surpluses, we've delivered a fairer tax system."

When asked by host Mike Hosking why he couldn't confirm whether National will pledge tax cuts now, Mr Key replied: "We are carefully working through what we have done. We, unlike Labour, are not going to try and buy an election - their numbers do not add up."

Mr Key said that closer to the election date National "would have a sense of the amount of room we have and the sort of tax cuts we can deliver."

Labour pledge to buy back assets

Foreign land sales have also been a hot political topic. David Cunliffe argued that New Zealanders are being priced out of the market.

"Competing against zero percent credit from Shanghai or Beijng or Vancouver or Belgium or wherever - and that is not the kind of New Zealand that I want to see our young families growing up in. We need to own our own future."

During the debate, Mr Cunliffe was pushed on whether a Labour government would buy back state assets. He said that is not Labour's intention, as there is not enough fiscal headroom.

In Auckland, the Green Party held an alternative debate tonight coincide with the TVNZ debate. They believe that, as the country's third biggest party, they should have been included in the main leaders' debate. 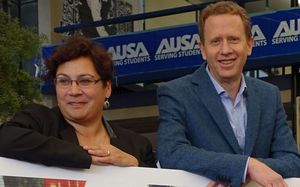 The co-leaders say that while important issues were covered, discussions on inequality, education and the environment were missed out.

Russel Norman says the Green Party has three priority areas of economics, environment and society that it wants to discuss.

"John Key constantly referenced the Greens - and if he's gonna do that, I think it's only right that we've got a right of reply.

"He made all sorts of ridiculous allegations about the Greens. Surely, we should be there to give our reply."